Likert scale is a psychometric scale where questions based on this scale are used in a survey. It is one of the most widely used question types in a survey. In a Likert scale survey, respondents don't choose between 'yes/no,' there are specific choices based on 'agreeing' or 'disagreeing' on a particular survey question. 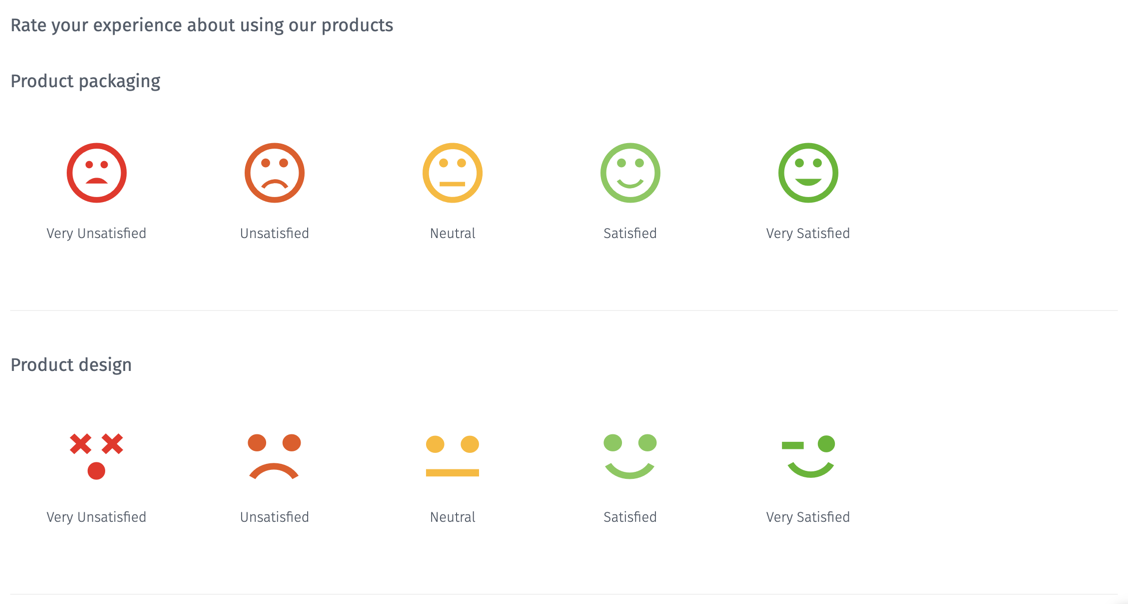 Likert scale survey questions are essential in measuring a respondent's opinion or attitude towards a given subject and is an integral part of market research. Likert scale is typically a five, seven, or nine-point agreement scale used to measure respondents' agreement with various statements. Organizational psychologist Rensis Likert developed the Likert Scale to assess the level of agreement or disagreement of a symmetric agree-disagree scale. In general, a series of statements each designed to view a construct from a slightly different perspective is leveraged. This technique's power is that it works across disciplines—it is just as applicable to a social science construct as it is a marketing one.

Likert scale usually has five, seven, or nine points, with five and seven points, used most frequently. For example, typical multiple-choice options include strongly agree, agree, no opinion, disagree, and strongly disagree as to the Likert item. In a Likert survey, adding 'Somewhat' to both sides creates the sixth and seventh points. The scales are anchored by strongly agree and strongly disagree. Some research indicates having the agree side shown first could inflate the scores. This Likert scale data can be tested by alternating the anchor points within a survey wave and comparing ratings in the data analysis stage. The design of the Likert scale is to measure attitudes that are multi-item. Basic research tells us that a construct's multiple-item measures are inherently more stable and subject to less random variability than single-item measures. How many items are enough? If you are creating a new scale, you should create as many items as possible and let subsequent analysis narrow the contenders' field. These options are achieved through brainstorming sessions, focus groups, or a review of existing literature. Look at the Likert scale samples below for an even better understanding. 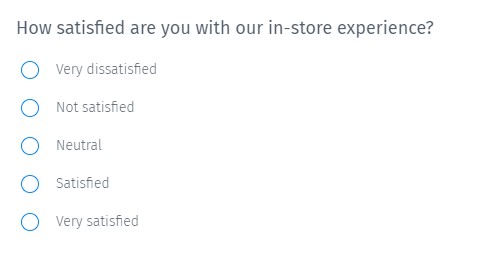 A unipolar Likert scale question type indicates a respondent to think of the presence or absence of quality. For example, a standard unipolar scale includes the following choices: not at all satisfied, slightly satisfied, moderately satisfied, very satisfied, and completely satisfied. The arrangement of the answer options is on a five-point scale. Also, Unipolar question types lend themselves where there is a maximum amount of the attitude or none. For instance, let's say, how helpful was the apple pie recipe? Very helpful, somewhat or not at all. We can safely assume there is something in between – like 'sort of' helpful.

See an example of bipolar Likert scale questions in our Motivation and buying experience survey template.

Let us consider the following statements:

The first two statements measure the customer's perceptions about the business. Traditionally the Net Promoter Score question is used to conduct a customer satisfaction survey. Qualitative research, such as focus groups or in-depth interviews, can help generate a list of statements. The last three statements are centered on the individual and might be part of an opinion leader or early adopter scale. You can easily create a scale with items touching upon political or social topics, religion, or other essential issues.

Advantages of Likert scale questions in a survey

The advantages of using likert scale questions in a survey, are:

How to use a Likert scale in a QuestionPro survey?