Survey app for iPad allows you to gather feedback from your customers at the right moment, at the right place, and at the right time for collecting quality survey responses.

The survey app for iPad is designed specifically to work for an iPad. It helps in eliminating the dependency on survey software working back in the office. The iPad survey app can be used to collect a variety of data points and survey responses from anywhere irrelevant to internet connectivity. QuestionPro’s data collection app for iPad works with iOS 9.0 or later and is compatible with iPhone, iPad, and iPod touch.

The use of mobile devices to conduct surveys is a common practice amongst researchers. In addition to that, organizations are interested in tapping customer sentiments by reaching them personally, rather than through email, SMS, or other modes of communication. iPad Survey app is one such medium that takes advantage of evolving technology, allowing customers to leave their feedback at different touchpoints. Here are a few scenarios where a survey app for iOS comes handy

Conduct offline surveys using a survey app for iPad like the majority of researchers are doing. Notably, at remote places where internet connectivity is intermittent. An iPad survey app allows you to not only capture responses of your customers, but you also get a chance to interact with them and, if necessary, click pictures, record audios, or videos of the customers. The data collected as survey responses are usually stored in the device memory. Once you get the internet connectivity, plug in the iPad, and let the data sync with your online account. 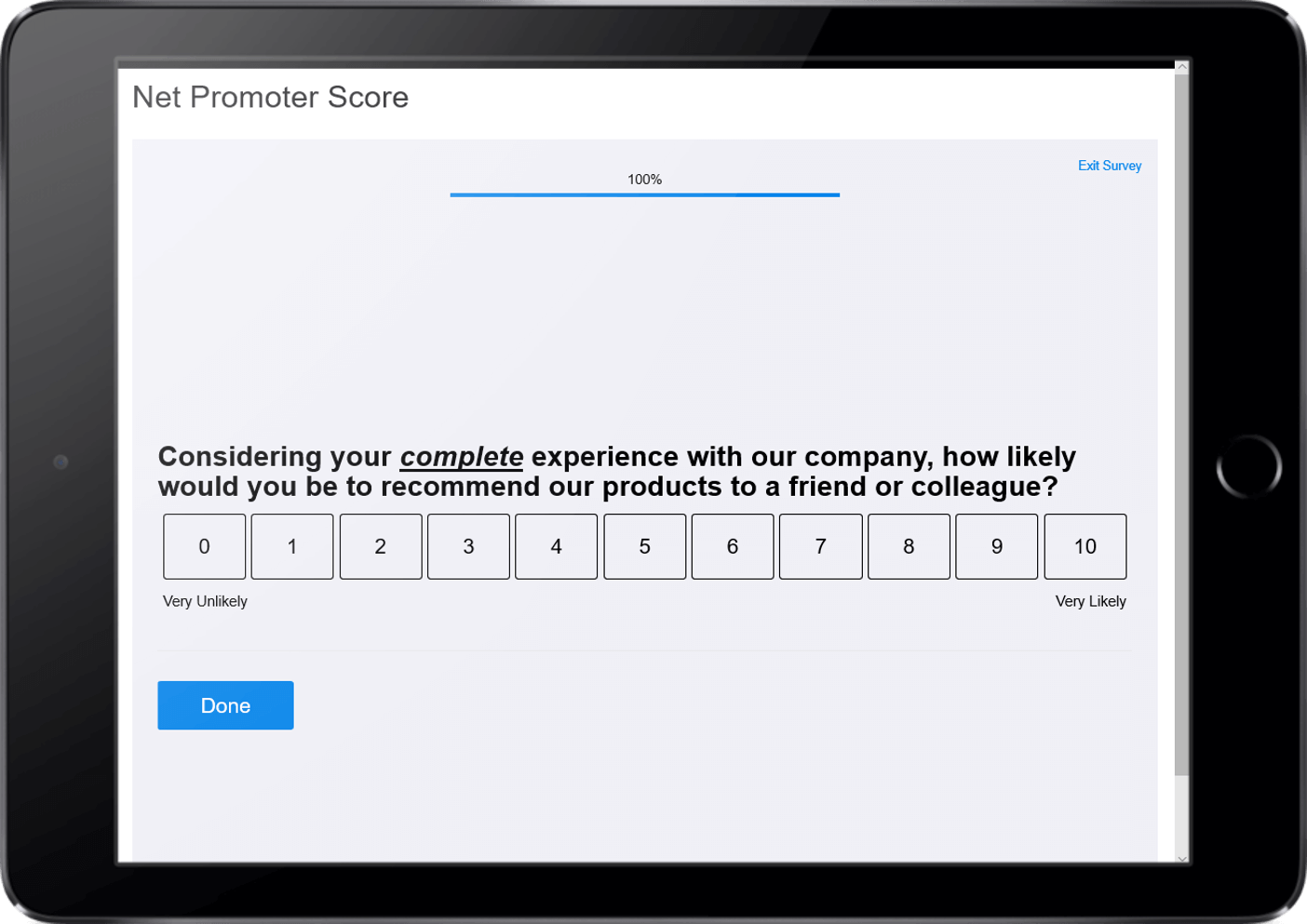 Many businesses host different events for different reasons. They apparently would want to get an insight into how attendees feel about the event, and if it was helpful to them in any sense. Since it is not possible to reach every attendee and ask him/her for a response, the survey app for iPad or survey app for android tablets comes handy.

There are two ways to conduct the survey using an iPad or a tablet. First, hand over the iPad to attendees asking them to pass it on to other attendees after taking the survey. Second, use an iPad in kiosk mode and place it at the entrance/exit or at such a place where foot traffic is more. It does not matter whether the venue has an internet connection or not. The iPad survey app will store all the collected responses in an offline mode and will automatically sync it with your QuestionPro account as soon as you get internet connectivity. 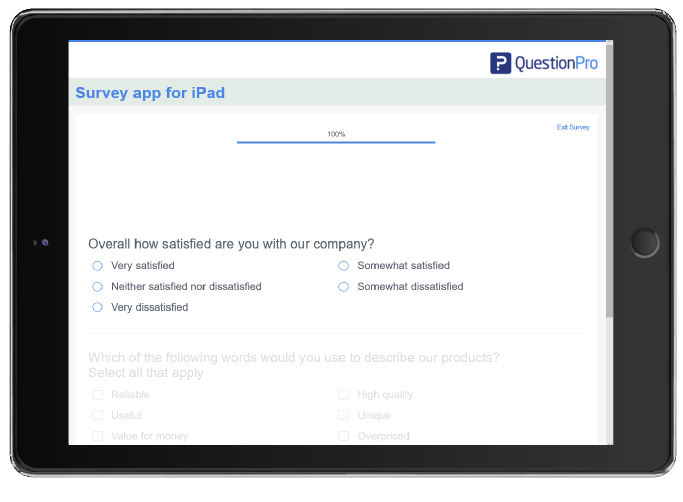 How effective is the survey app for iPad?

Although there are plenty of online survey tools available in the market and even of the majority of them run on an iPad, not all of them perform at the scale at which QuestionPro’s survey app for iOS works. Moreover, an iPad is technically the best equipment and a handheld device to conduct online and offline surveys. When the best hardware combines with the best in class survey software that is specifically designed to work on iOS devices, the results are amazing.

With QuestionPro’s survey app for iOS, you do not need any help from the IT-department. Due to a simple user interface, and the way the app is designed, you can set, be up and running within minutes.