Learn everything about election polls, how to use election surveys using examples, things to consider while creating election polls and surveys and much more. 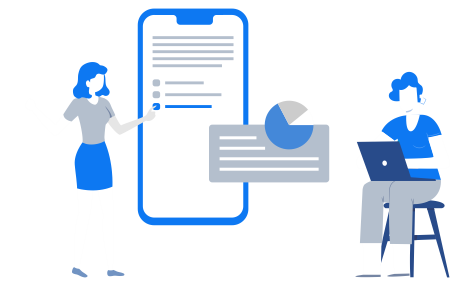 What are Election Polls?

Definition: Election polls is a process of deploying surveys or polls in the election year to focus on issues prioritized by people, analyze engagement of people in the elections, understand what people think of the electoral candidates, and to whom people favor on voting day. Even though elections are not at the forefront, election polls are conducted with focused questions to identify public opinion about ruling and opposition parties, performance of the elected candidate or to predict the results of the concluded elections. In fact, election polls are used by many electoral candidates to understand pressing issues in their constituencies, flaws in the campaigns, and to analyze voter’s mindset.

One good thing about deploying election polls is, one can easily convert qualitative data into quantitative data. The same data is then interpreted to derive insights for making better decisions or to help take informed decisions. As we are specifically speaking about the election polls, one should understand that polls conducted before voting day are considered as opinion polls and polls conducted after voting day are presumed to be exit polls. The data collected through all such online election polls or surveys is always beneficial for designing election campaigns, understanding people’s opinion about the candidate, and entry polls or exit polls helps in predicting the election results before official declaration of the election results.

Example: Since 2020 US presidential elections are just around the corner, research organizations, independent researchers, political parties/candidates, and freelancers will start conducting election polls. Since neither Republicans or the Democrats have announced their candidates for the 2020 US presidential elections, the online polls should start with a question like

How closely have you been following the news about candidates for the 2020 presidential elections?

The purpose of this poll is to understand public opinion about the forthcoming elections.

There is a broad difference between poll and survey, but during election time political parties and the candidates use both these options with different motives. However, election polls is probably one of the areas in America that has survived for years unchanged and unaltered even after the technology evolution. The only difference that we can see is polling method shifted from personal interview calls to online polls.

Margin of error in the election polls is mostly due to sampling error, which may exist due to random sampling. Usually, a margin of error of +/- 3 % plus or minus 3 percentage points at the 95% confidence level or 95% result accuracy. This means, even though you conduct the same survey 100 ties then the expected result will give not more than 3% error. However, there may be other types of error, which need to be avoided. Here are some of the errors of election survey:

How to conduct election poll survey?

How to create FREE online polls