10 Major Marketing Strategies We Can Learn from Today’s Celebrities 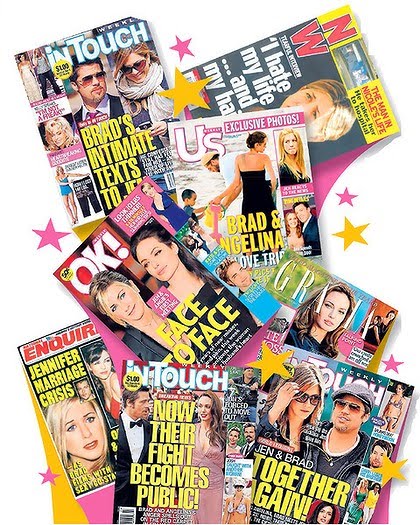 There are people who truly deserve to be famous because of their talent and contributions to this world. Oprah, Kanye West, Steve Jobs are a few examples of people who are well deserved of their notoriety. Then there are those who for some god-forsaken reason the media loves to follow: Kim Kardashian, Speidi (Barf!), Ashton Kutcher, and all those “Housewives,” to name a few.

The word celebrity is used very loosely these days because there is such a crap shoot of “famous” people out there.

Setting aside guilty pleasures of reading smutty celebrity news, let’s take a look at these celebrities objectively – What kind of marketing strategies can we learn from people like LeBron James and Jennifer Lopez? And as a socially conscious marketer how can we implement celebrity marketing strategies into my everyday work environment?

1) Control What Gets Leaked into
the Press

Let’s face it everyone. Mel Gibson is pretty screwed right now. His baby momma’s got all the power with the leaked tapes and her exclusive interviews with Radaronline is making her boku bucks. Lebron James and his PR team sure know how to rile up NBA fans by making a big fuss about his free agent announcement. I was bored to tears with the NBA until all this crazy buzz about Lebron started happening. Where is he going? Chicago, New York, or staying in Cleveland? Leaks upon leaks came through but nobody could confirm any stories. ESPN PAID King James to televise his announcement! He is quite the “balls” handler, eh? David Stern, commish of the NBA, denounced LeBron’s actions, but secretly, I bet Mr. Davey’s pretty jazzed about it. 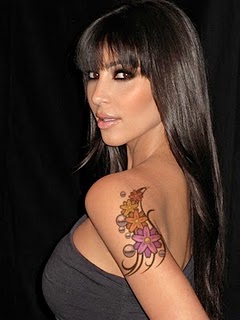 How can you miss Kim Kardashian‘s sweet sweet uh….smile on every red carpet?
I don’t even know what she’s famous for, but for some reason she’s always striking a pose on every red carpet around the world. And she looks good. Girlfriend definitely knows how to work it and get into all those super market magazines with a tight outfit that shows off her “assets.”

Now I’m not going out there wearing stilettos and hot pants to get people to notice my marketing efforts. I’m going to leave that to Miss Kimmy. Instead, I’ll be looking into more work-appropriate opportunities to like local happy hours, promoting and doing online presentations, blogs, commenting on other blogs, and associate myself to anything and everything positive related to my company’s industry.

Lesson: Go where the action/buzz is whether online or in-person and make an appearance. 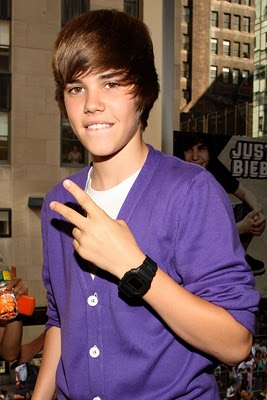 Can you name one adolescent female who hasn’t caught Bieber fever? OMG, this Justin Bieber kid is the new Jonathan Taylor Thomas of our time (I grew up in the 90’s with Home Improvement). Even my 14 year old nephew went out and got his hair cut like Bieber’s to appeal to the ladies. Bieber fever started with this kid posting performances on YouTube and the next thing you know Usher and Timberlake all wanted to record this kid’s album. His YouTube videos are #1 and he puts in time to tweet and update his blog regularly, or at least he has Bieber minions keeping him plugged in with his audience. The kid’s got a genius marketing strategy…and he’s not a bad singer either.

4) Stay Relevant by “Reinventing” Yourself 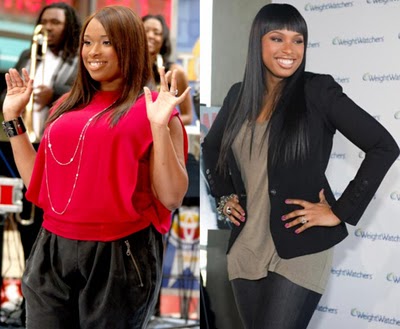 Heidi Montag, Madonna, Jennifer Hudson, Lady GaGa – What do all of these ladies have in common? Reinventing themselves! JHud lost a ton of weight and she looks spectacular, Lady Gaga not only entertains us with her music but also with her never-ending display of outrageous costumes, and Madonna never stopped reinventing her music, personal style, and along the way she tried out a couple of religions (Kabbalah, anyone?) and adopted a Malawian baby. Who ever spoke of Malawi until she went there?

Unfortunately for Heidi Montag, whom many of the tabloids now call Franken-Heidi, not all reinventions (ie. 10 plastic surveys in 1 day) garner expected results.

Lesson: Don’t be afraid to reinvent yourself or your company to stay relevant within your niche. Also know that reinvention can also come with pitfalls that may unhinge you from your core audience so choose your reinvention strategy wisely.

5) Publicize Comments on News, Blogs, and Press Releases and Turn it into News About Yourself

Nothing annoys me more than stories on celebrity’s comments on other celebrity news. Do I really care about Michael Lohan’s opinion on the Tiger Woods cheating scandal? No but I saw that he commented about it anyways. Yes, it’s sad that I know the name of Lindsey Lohan’s parents. Nobody really wants to see this grubby man’s face all over TMZ, Perez, Radar, etc., but he keeps popping up all over in a terrible attempt to reconcile with his daughter. So far his strategy has not worked. Sorry Michael, but if my dad ever did this to me I’d pretend he didn’t exist too. (Picture of him not included in this section…purposely.)

Lesson: Comment and share opinions on press releases that are in tune with your marketing goals. Be clear with your intentions and you will become well-known and respected by PR firms, readers, bloggers, and other commentators. 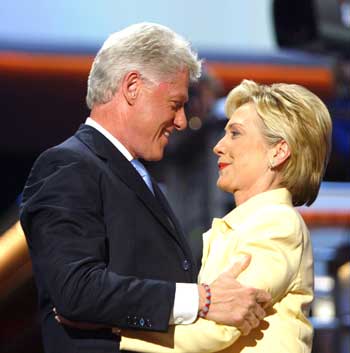 Who doesn’t love to read about a good scandal these days? But when the tides turn and the scandal happens to you, what would you do? Despite the whole Monica Lewinsky scandal, Bill Clinton is still considered to be one of America’s all time favorite presidents. How did he do it? Simple: He televised a carefully crafted statement of what he did, asked Americans to forgive his actions, and showed everyone that Hilary supported him 100%.

Lesson: Carefully choose the words to address the scandal and make sure your strategic partnerships will stand by your side during this time.


7) Build Partnerships with other Brands that Compliment You

Before the massive cheating scandal, everyone wanted Tiger Woods to promote their product. Money from golf tourneys paled in comparison to the endorsements deals he pulled in. At his peak Woods earned over $100 million dollars a year from his endorsement deals and it is estimated nearly 90% of his income comes from endorsements. Tiger’s team strategically selected endorsements that fit his former squeaky clean image. Gatorade? Nike? Gillette? Yes. Online gambling website? No.

It’s said that Tiger instantly lost over 30% of his endorsement revenue after the scandal broke. Yikes, that’s got to hurt!

Lesson: Network and partner yourself with other like-minded firms and promote like crazy. Also re-evaluate partnerships. Ask, “Does this partnership remain strategically significant to my brand and overall goals?“

8 ) Accept That Any Kind of Media is Good Media

If you love reality tv (like me), then you just finished watching Ali pick Roberto during The Bachelorette. Her show was the highest rated Bachelor/Bachelorette show ever. It wasn’t because Ali’s personality and good looks that made it the most watched show. Rather, it was the major media buzz on smutty magazines and blogs such as RealitySteve.com (awesome blog, BTW) that really had people watching. ABC tried everything to shut Reality Steve down and forced E! to cut his segment out of an E! special”Bachelor/Bachelorette: Where are they now?” In the end, ABC should have sent this blogger a fruit basket for it’s success.

Lesson: Publically acknowledge media coverage from others with appreciation and clarify the truth if needed.

9) Give Back to Your Community &
Tell Everyone About It!

Angelina Jolie is modern day’s Mother Theresa. The UN really hit PR gold when they asked Jolie to become one of their prestigious ambassadors. Nobody ever talks about her pre-Maddox days when she was married to Billy Bob Thornton and wore a drop of his blood around her neck or that she used to cut herself and was slightly manic depressive at times. Nope! Instead she’s really turned her life around and is giving back and shining light on those who are less fortunate and desperately need help. As a result, she is one of Hollywood’s top-paid actresses.

Lesson: Find a charity or opportunity to give back and share with all your fans and readers via press release, website, and share why you are involved in these programs. People like spending money with companies who do good deeds.

10) Bring More Than One Talent
to the Table 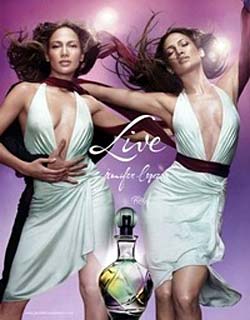 Hello J.Lo! Jenny from the block markets herself as the ultimate entertainer: singer, actress, dancer, clothing designer, restaurant owner, co-producer, the list goes on and on. Sure, her notoriety has died down a bit, but she’s still around making money “entertaining” the masses. How many girls from “In Living Color,” do you know ever reached the height of J.Lo’s success? Sorry, but the judge, Cari Ann, from Dancing With The Stars doesn’t even come close. In an uncertain economy we need to show everyone that we don’t play just one note on the keyboard.

Lesson: Be flexible and offer a whole array of untapped talent or skill your employer could use to further the business. More than likely you will be the one to get/keep the job.

About the Author: Esther LaVielle is a Senior Account Manager at QuestionPro and Survey Analytics, which was started in 2002 in Seattle and is now one of the fastest growing private companies in the US. Prior to her adventure at QuestionPro she spent 3 years as a Qualitative Project Manager at the Gilmore Research Group.