Isn’t it funny how so many things that we do are automatic; just because that’s the way it’s always been done?  When was the last time you stopped to think about measurement scales, for example?  I have to admit that I hardly ever did — until one day, I noticed something and it made me mad.  So mad, that I started my very own scale revolution.

I never really shared this with anyone, in fact, I didn’t even know if it was the “proper” thing to do.  But before I get into that, let me fill you in on my own personal revolt, a few key findings I ran across in my tour around the web on the topic , and when we are done, you just might have a revolt of your own. 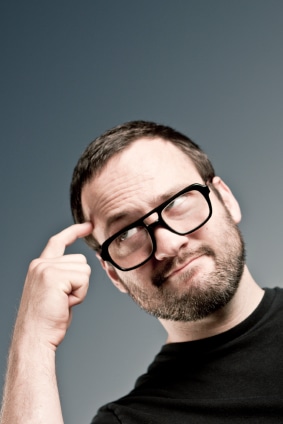 Why I boycotted the 5 and 7 point Likert Scale

I was doing some customer research and noticed that my data was consistently skewing in the middle, neutral range.  I know — there are analytical fixes for this — especially if you have a PhD in stats — but I don’t.  I barely passed enough QBA (Quantitative Business Analysis)  courses to get the credits required to earn the few credits I got.  But I digress.

And from that moment on — no more neutral ratings for me.  I started using 4-point scales and 8-point scales.  It was actually a freeing experience and when I told my clients why I was doing it, they jumped on board as well. “YEAH!  Damn straight!  We are NOT giving you a neutral option because you either fall positive or negative – no neutral here!”

Yes, we do this knowing that respondents like neutrals and lots and lots of very smart people will snicker and chastise us.  But because we want to make certain decisions, we have taken the risk of forcing respondents to fall one way or the other.

And now for your own survey measurement scale revolution

There.  I’ve given you my reasons for changing how I look at scales — now I’m going to give you a few other facts that might get you thinking about changing the measurement scales you use in your online surveys.

Here’s an excerpt I found really interesting.  Unfortunately if you want the references, you’ll have to ask the author.

More than seven points on a scale are too much. Studies show that people are not able to place their point of view on a scale greater than seven. So go for seven or less. What is the perfect number? Studies are not conclusive on this, most commonly mentioned are five, four or three point scales.

Numbered scales are difficult for people. For example, scales that are marked “1 to 5, with 5 being the highest” result in less accurate results than scales with labels such as “good” or “poor”. If numbered scales are used, signposts are recommended (e.g. put “poor” above 1, “satisfactory” above 3 and “excellent” above 5).

Labelled scales need to be as accurate as possible. Commonly uses labels such as “often” or “sometimes” often result in inaccurate responses. As these terms mean different notions of engagement from person to person, culture to culture (not to add the complexity of translating these terms). Scholars recommend using time-bound labels for frequency measures such as “once a week” (although problems of correct recall are also an issue). In addition, studies show that people find it difficult to differentiate between “very good” and “good” – better to use “good” and “excellent”.

Since the folks over at QuestionPro are used to being revolutionaries in the world of online surveys, you won’t be surprised to find out that they actually have solutions to these scaling problems and can also help you run your own revolt against the dreadfully boring and predictable Likert Scale.

Star rating scale:   This is one of my favorite scares mostly because it’s traditionally a 4-point scale.  And since you know my proclivity for NO NEUTRALS — it should be no surprise that this is one of my favorite options.  Who says that you only use star ratings for restaurants, books and movies?  You can use this rating scale for any satisfaction measurement including customer satisfaction, apps ratings — whatever and whenever you want to see how customers FEEL about something or the level of enthusiasm they have for a product, service or experience.  Let’s move on.

Interactive sliding scale:  Notice that some very smart people said that respondents don’t particularly care for numbers.  Well, an interactive sliding scale gives you the best of both worlds — you can create a numeric scale and the respondent gets to SLIDE along the rating bar.  This gives them a more “emotional” representation of their rating.  Another really terrific way that you can customize the rating scale is by using more descriptive rating levels.  You aren’t stuck with “Excellent, Good, Fair or Poor” consider using more fun descriptors like “LOVE it, Like it, Ho Hum. Blech” for example.

Smiley Face rating scale:  Go ahead and call me a complete dweeb, but this is one of my favorite survey scales and QuestionPro has made some real improvements in this one.  So if you tried it in the past (like me) and were disappointed that you had to insert your own smiley faces — rejoice!  They’ve pre-programmed all the smiley faces you need here.  Again, the studies say that numbers and words don’t match respondents emotional levels enough to give you a good rating – but this is much better.

Drag and drop:  Ok, people, I know that ranking and rating are not really the same thing.  But, in the spirit of revolutionary ways to figure out how much people like something (or dislike it) I think this is a viable question type to feature here.  Instead of using ratings scales, numbers and descriptions, why not place your “rating” in the question itself.  For example, “Please rank the following search engines in order of preference from “Couldn’t live without it” to “If it were the last engine available on the planet”.

WOW!   I can’t wait to develop my next survey – How about YOU?

See how much fun creating online surveys can be ?  Don’t you just love when someone tries to put a damper on your good time, but you overcome their silliness with some super creative way to get what you want anyway?

That’s why I love QuestionPro!