As a long time user of QuestionPro, one of the things I’ve always loved about this online survey tool is how many  RIDICULOUSLY high-end features we get for the price!  If you’ve done any comparison of online survey tools, you already know that QuestionPro is always adding the hottest new features that you’d have to pay tens of thousands of dollars for anywhere else. 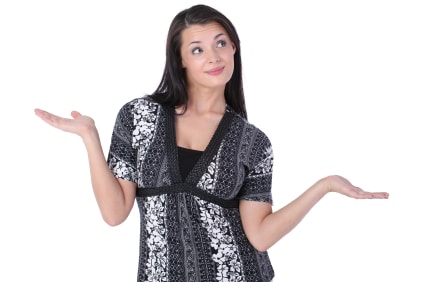 In the past, the rank order question looked something like this: 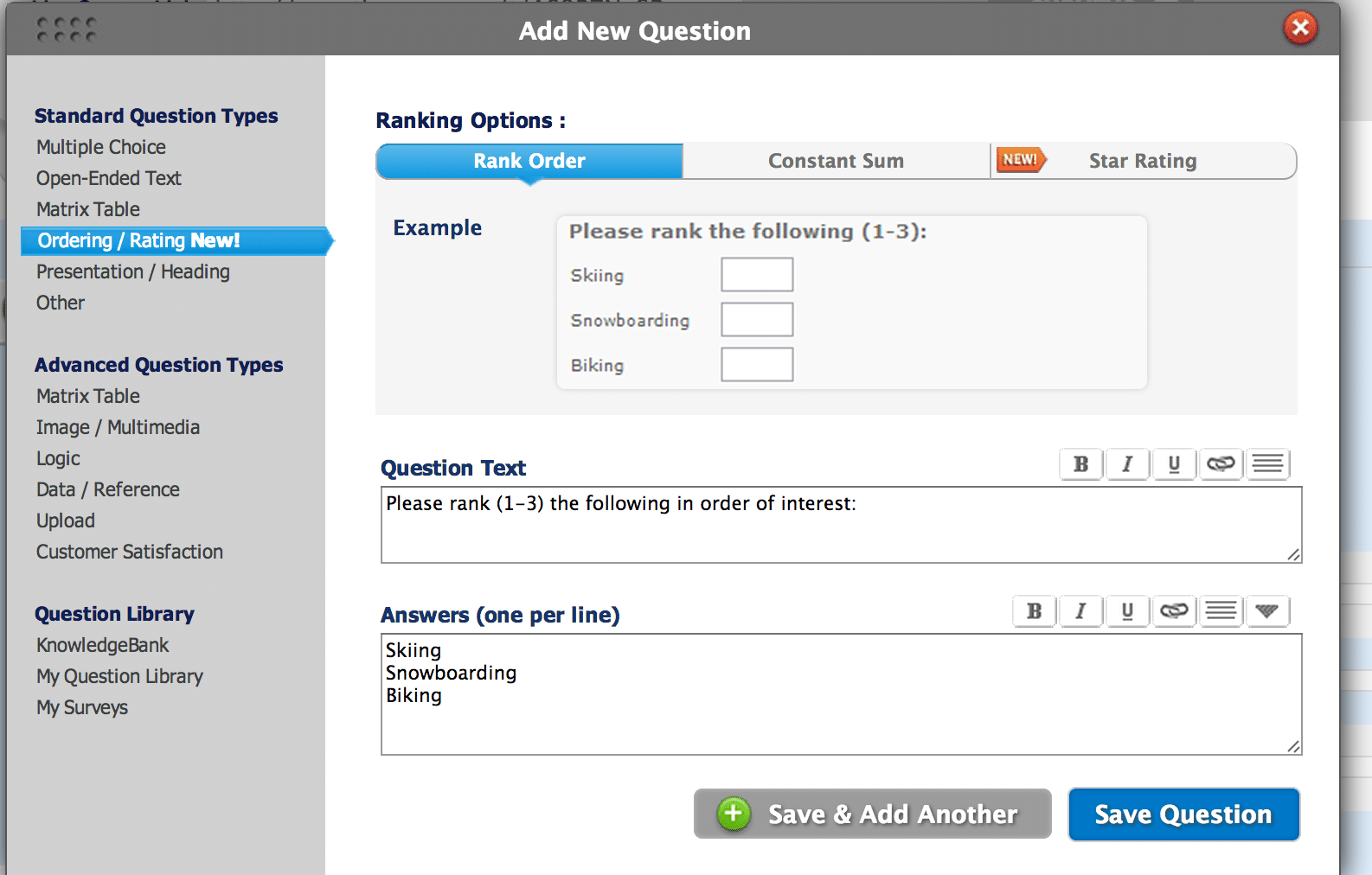 Right away you’ll notice that this requires the respondent to use their “left brain” thinking as they rank the choices in order.  This may not be a big deal if you have three choices (like we do here), but if you want people to rank more than 3 — you’re going to have several problems that could ultimately cause frustration and abandonment of the survey.

NOW – let’s take a look at the new and improved drag and drop question type: 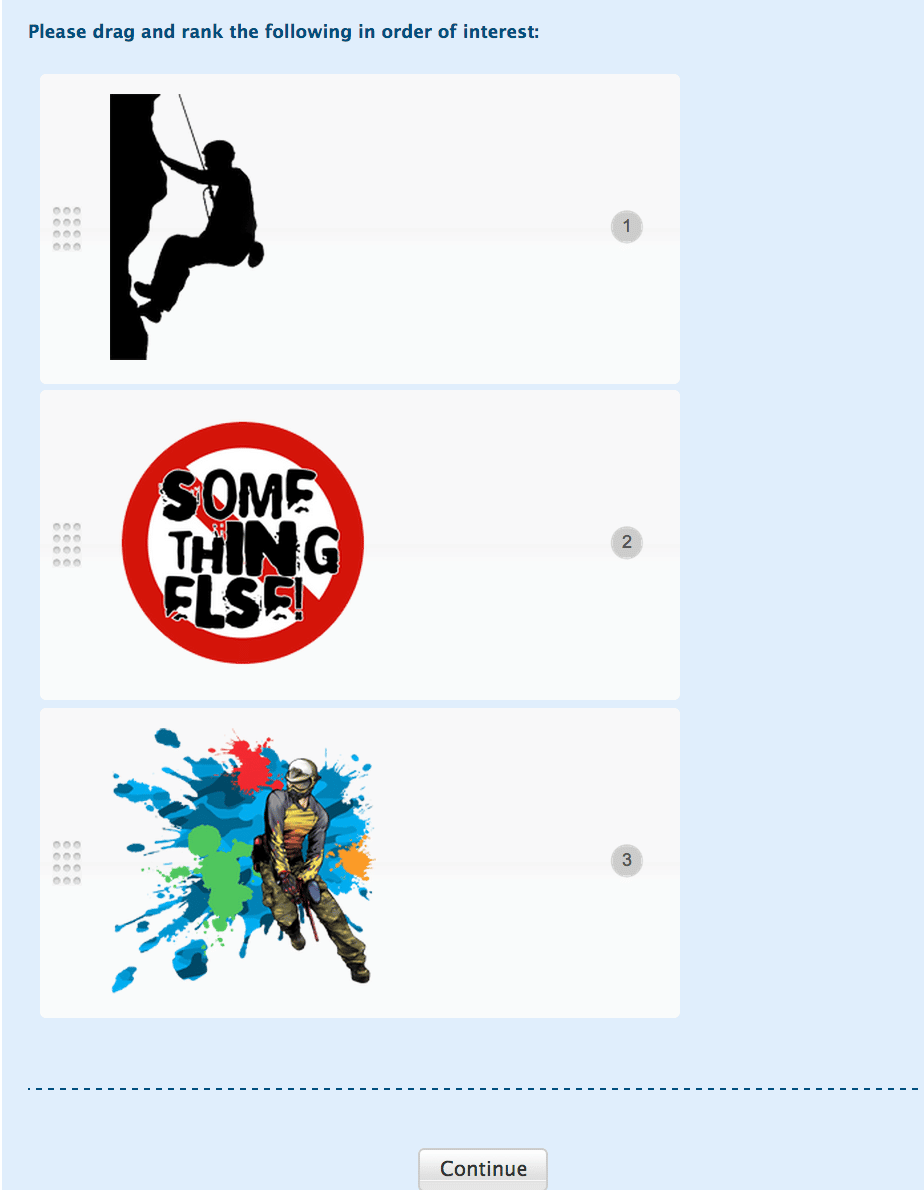 Why you will love this feature

You are going to love this feature — because it’s going to increase your response rate, eliminate errors , reduce respondent fatigue and frustration.  Finally, all these elements together are going to give you more accurate data.

Creating a new rank order drag and drop question is just as easy as it was before.  The increased functionality hasn’t changed YOUR interface at all.  So there’s nothing new to learn (personally, I love that).