Participate in the Super Bowl With SurveySwipe 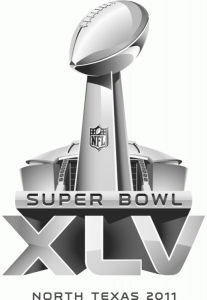 Survey Analytics is doing it AGAIN!  They’re taking a major event in the life of Americans and asking us to share our experience of it with them.

This Sunday — SUPER BOWL SUNDAY — four research firms are doing the first ever mobile ethnographic study of Super Bowl watchers.  And they are using SurveySwipe to do it.

SurveySwipe, BrandScan 360, Beacon Research and Hemisphere Research will be collecting and analyzing the data.  Participate and then watch this space for the results!

Maybe calling it a revolution is a bit extreme.  Perhaps evolution is a better word.  Think of this as an opportunity to have that water cooler conversation logged and documented.  Not only that, but we’ll have a pretty good idea of what the profile of a Super Bowl watcher is.

Forgive us if there are glitches.  SurveySwipe did a beta test during the State of the Union Address and they’ve been making improvements since then.   As it stands, iPhone users will probably have the best experience since the app was first created for the iPhone, but I do know that the team has been feverishly working on the Android and Blackberry platforms as well.

We hope that you’ll participate and then come back and let us know what you thought.