The Power of Asking “What if” and “So What” 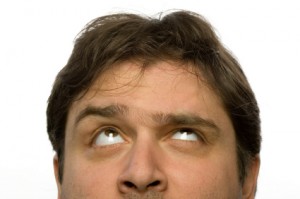 How many times have you run across an innovative product and service and thought “Why didn’t I think of that?!”  Or maybe you’re like me and have these “hairbrained” ideas, decide that they are silly and ignore them only to see them advertised or written about as the next great innovation!
The really neat thing about this interconnected internet and social media culture is that we all have the ability to actually reach out to those people and simply ask them how they got the idea and what they did after that.
One of my new-year’s resolutions was to do exactly that; reach out to people I thought had an amazing idea, product or service and start a conversation with them about what they were thinking and how they made that idea come to life.
And you know what?  The answers I got were not earth-shattering.  They were actually very simple and driven by two questions most typically asked by your average three-year-old: “What if….” And then “So what?”
Here are just a few snippets of interesting conversations that illustrate this point:
Prasad Thammineni, CEO OfficeDrop.  When Prasad graduated from the Wharton School he found himself in possession of thousands of paper documents that contained the sum of his hard work during graduate school.  Inside these paper folders and files was some potentially useful stuff – but it was taking up tons of space.  He asked himself the question “What if ….I scanned all this stuff and made it electronic?”  Not a novel idea exactly, but this got him thinking about the fact that other grad students wanted to do the same thing.  Then he asked “What if there were other people that had documents they wanted to keep, but not in boxes?”  And OfficeDrop, the online document storage site was born.
David Garland is a young entrepreneur who had already sold his successful hockey-themed web site and was on to another entrepreneurial venture.  He and his partner sat in a coffee shop and chatted about Donnie Deutsch’s show “The Big Idea.”  They loved the show but it made them ask the question “So what?”  That simple question started a brainstorm of “What if we did a TV show that focused on young entrepreneurs and provided education as well as entertainment?”  In less than two months David had sponsors and a show.
I’m going to stop at these two very-very brief examples.  But I can tell you that I have at least five more and am averaging at least one per month.   That means that in an economy that everyone says is down, there are people who are choosing NOT to participate.  These people  have consciously set aside their adult mind-set and are asking the “child-like” questions that lead to opportunity.
Asking “What if…” brings out the idea.  But asking “So what?” makes it marketable.  These two simple questions are the root of real, authentic and buzzable differentiation.
I can already hear you saying “If it were only that easy!”  Have you considered recruiting some kids as an advisory group?  I’m completely serious about that.  I’ve heard of large companies recruiting kids as problem solvers and brainstormers because of their un-fettered ability for unconstrained thought.  What have you got to lose?
Kids of all ages (especially elementary school age) love being included in what we are doing.  What makes it boring for them is the cumbersome corporate speak that we use to hide the fact that we are basically unclear about what our value is to customers.
In addition to the personal benefits that you’ll gain by engaging kids in your business, think about what you’ll be teaching them?  You’ll be showing them that their unbridled creativity has value.  You’ll be showing them that just by thinking in a certain way, they can create opportunities for themselves and for others.
And in an economy that has so many people seeing themselves as victims, what kind of a gift would you be giving by creating a new economy of entrepreneurs?
tags:
EntrepreneurEssayFacebookPixilyPrasad ThammineniSocial MediaTwitterWine tasting descriptors