Two Easy Ways to Overcome Feeling Like a Failure

What was your most embarrassing moment?  If you couldn’t come up with at least three of them, you are holding back on life and possibly the success you’ve been dreaming about.

This all became clear to me at a conference where these heavy hitting CEOs started their meeting by describing their most embarrassing moments.  As they went around the room regaling each other with stories about showing up late to speak at a conference only to run their speech for the wrong group or bad mouthing a customer in a restaurant only to discover that their team was having lunch in the next booth, I realized that I had been holding back.  I had not been participating in life and I had been scared of doing anything remotely risky for fear of failing.

What your failure is trying to tell you

Failure simply means that what you had intended didn’t happen.   You had a commitment to a specific outcome – and it didn’t happen the way you intended.  That is all. 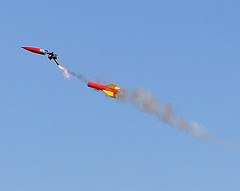 If you’re like most people, you take what’s happened, and you make it mean that YOU are bad, wrong, not enough, a failure and the myriad other negative conversations that swirl around in your head.  This kind of self-talk might feel like a deserved “punishment” for not being the hero you set out to be, but in reality, it works against you.

Instead, consider that the outcome is nothing more than that.  An outcome.  Instead of making it be about you, or making it something significant, think about it as a clue or a stepping stone that will get you closer to the desired outcome.  Think of yourself as a scientist; testing one hypothesis after another.  There’s no right or wrong, there are just strategies and outcomes.  Tweak your tactics and see what outcomes they generate.  Remember the old Thomas Edison quote ““I have not failed. I’ve just found 10,000 ways that won’t work.”

What to do when you fail

Play the opposites game.  The one really fantastic thing about FEELING like a failure is that it puts your focus on what you DON’T want.  Use this information to identify exactly what you DO want.  On a piece of paper – at the top of the page, write down what happened (that you didn’t want).  Now start writing down what you DO want.  For example:

See how that works?  This will get your brain focused on what you want and then tweaking the actions you need to take to get to the desired outcome.

Start with the end in mind.  Now, let’s try something completely different. You’ve heard this advice from the “7 Habits” books.  But I’d like to take this opportunity to explain a little about the science behind it.    In the above example, we took the problem, solution approach.  In other words, we took what happened and looked for opportunities to tweak it.  With this strategy, we’re going to do the opposite.  We’re going to take what happened and completely set it aside.   The rationale behind this strategy is that focusing on “fixing” the problem will just get you into a spiral of fixing and may NOT actually deliver the desired result.

Let’s take the above example of the survey respondents.  Instead of focusing on the number of survey respondents – go BIG.  Take a step back and ask yourself why are you doing a survey?  What do you want to learn?  What will you do with the information.  Step way back and create the desired outcome.

NOW – this is the exciting part – work backwards from the outcome.  Ask yourself – HOW did we achieve this outcome.  Pretend that you are being interviewed by a reported who asked you “How did you achieve this amazing success?”  Now answer the question.

It’s easy to get so wrapped up in what we’re doing that we forget that most of life is just a game!  You try one strategy and another.  When you take yourself TOO seriously, you’re not only missing out on the fun, you are HINDERING your innate creativity.

The next time you feel like a failure, try these two mind-shift exercises and see what opens up for you.