Last week, in a virtual networking discussion during introductions, someone asked me, “Why am I so interested in CX?”. None of the participants in the discussion had really thought about CX in the way that I do, so it was an interesting kick-off to a conversation – essentially like an elevator pitch. I summarized in this way: “Building a good reputation can take years, ruining that reputation can take minutes with just one bad customer experience that is widely publicized.”

That is about as brief as I could make that explanation, but as soon as I said that, the remaining time was focused on their customer horror stories – which is just further proof of what I was saying to begin with. Sometimes, as a CX practitioner, I need to remember that I am looking at thousands of responses and analyzing them in aggregate and usually find an example or two that support the outcomes of my recommendations.

Too often, it is easy to get caught up in “what the analysis shows,” and we forget that each person took time to give feedback – and that feedback was about their perception of the promise that was made versus how they viewed the delivery on that promise. It is easy to see that a flight cancellation has a big impact on that promise, even if it is not in the control of the airline. What is missed, however, are the many opportunities to treat a customer as an individual. Probably stands out most in the case of an insurance claim. I recently had to make a claim on an event for which I had purchased the insurance. The event had been rescheduled due to COVID-19, but I was not going to be able to attend the event now due to my recent move. However, the insurance company’s position was that I was not attending due to COVID-19 (pandemics are not covered) versus my move (which is covered).

In each interaction, the insurer started with the premise that the date was moved due to the pandemic; therefore, it was not considered covered. It took several interactions and a few phone calls to detail the timelines of what happened and why, in my view, it was covered. After each interaction, there was a new set of requirements or “proof” that I had to obtain.

I’m sure in each interaction, the person on the other end felt they did what they were supposed to do for the company and for the customer experience. The promise, in my view, was broken, though. While ultimately unresolved as of this writing, I am sure you can guess on my “likelihood to recommend” for this company – even if it is resolved in my favor.

Take Your Customer on a Date 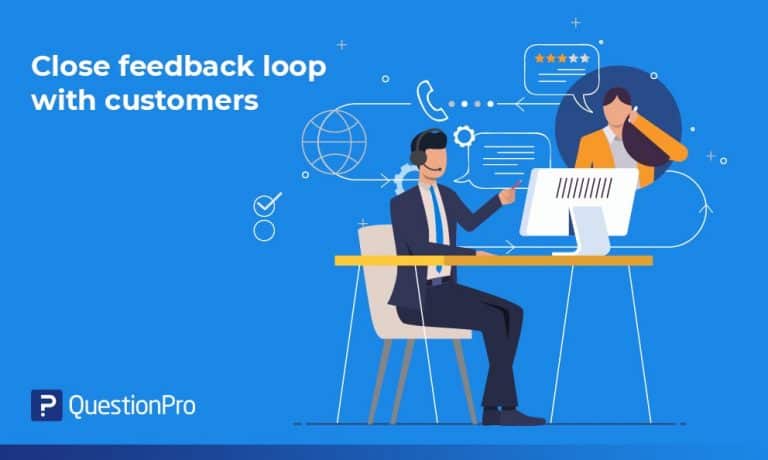 In my last week’s blog, I talked about a company that had the opportunity to speak with their customers about a price structure change, but only did a market assessment. However, the next step in speaking with them is to take what they say as the truth. Closed-loop feedback is one of those ways to open a conversation with a customer, particularly one that feels the expectations were met. Whether they had the wrong perception of the service promise or it was indeed a failed delivery, the only way to truly know and understand is through dialogue. And sometimes, you have to just take the customer at their word – not be defensive, not fall back on “company policy” and be ready to either do what it takes to win them back or decide that such effort will not be made.

Looking back on the virtual networking session, one person described my role as a facilitator in the middle school dating scene. I hand someone a note that says, “do you like me?”. The recipient then responds. This person called me the “customer/company matchmaker.” What I can’t do is “go out on the date” for my clients, at some point they need to take up that direct conversation – for good or bad, trust what they are saying when they say “I like you but..”

Ultimately, if you are open to that dialog, you are less likely to be the subject of one of those customer horror stories. Until then, you can be certain that I am more than happy to gossip about the “bad customer dates.”