Does Your Marketing Repel Your Ideal Prospects? Try Inbound Marketing

When it comes to marketing, you need to realize that not all memorable advertising works to your benefit. Some methods of getting your name out there has the opposite of the desired effect, leading to you lose customers rather than gain them.

This is why the most innovative companies are acting on less obtrusive campaigns, particularly those that deal with inbound marketing. Through this piece you will find out what inbound marketing is, why it works, and how to do it.

There will also be relevant examples of successful inbound marketers who have been saving a lot of money on advertising while increasing their top line (revenue). This is important to understand because when revenue is increased and expenses are lowered, there is more room to invest in the company, increase benefits, or pay bonuses.

What is Inbound Marketing?

Inbound marketing is a form of advertising that offers customers the opportunity to choose to view your product or service instead of you pitching it to them. Examples include a break between paragraphs in an article that says something to the effect of, “Want to Learn More About This? Click Here.”

When readers see this, they can choose to click or choose to read on, which is the complete opposite of other ads, such as those that drop in or pop up, obstructing the article and aggravating people who do not like to be marketed to. 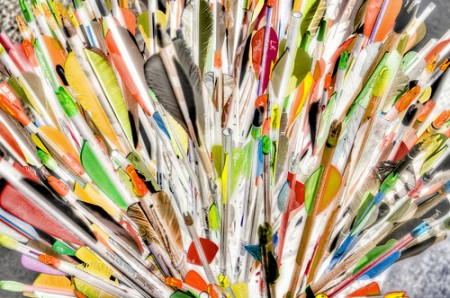 This is a big part of why inbound marketing is so effective.

Why does Inbound Marketing Work?

There are several reasons that this form of marketing works. The first deals with customers. The other deals with business overhead.

On customers: there’s an old saying in the world of business that states that people love to buy, but hate to be sold to. It makes perfect sense. Another way to put it is that people want to be led instead of pushed.

This can be seen with the macroeconomic magazine The Economist and how it offers subscriptions. The e-format price is currently $2.19 per week. Ordering the magazine to one’s home is the same. However, a subscription to both is $2.74 per week. It’s as though The Economist is offering twice the benefit for only 25% more cost. What a deal!

And it’s not a bad deal, but it’s not the deal it appears to be. It is more likely that hard-copy readers will be satisfied with not going online to read, and vice-versa. However, what’s the loss to the magazine? Truthfully, they are gaining much because reading is going digital, but the bulk of its subscribers are ordering their copies in the mail. By doing this, they are encouraging their subscribers to pay while changing a habit, leading them to adjusting easily into the digital world.

This is great for business.

On business: Inbound marketing is less expensive than other marketing, and it can even be free. For example, there’s a paper company in New York called Kleer-Fax. It is the most incredible company you have never heard of, but that is changing for hundreds of people each week.

Earlier this year, Kleer-Fax launched a blog, set up a Twitter account, and began creating marketing materials that it then offered to give editable versions of to its customers (mom & pop stores, Staples, and others in between) for free.

The result is that thousands of people have read business advice from their site, they have dozens of Twitter followers to date, and hundreds of businesses are marrying their brand to this company’s.

The savings has been tremendous compared to the cost of launching a television and radio ad campaign, and seemingly more effective while lasting for an indefinite period of time.

Now, how is it that one would go about doing this?

A 3-step Approach to Inbound Marketing

If there is one person who would be considered the go-to pro for inbound marketing, it would be Nicole Hills, a Maryland-based businesswoman whose expertise and acumen is eclipsed only by her diligence and ability to understand what others want.

In her consulting work, Ms. Hills offers many techniques to effectively market one’s brand. Among them is an approach that will lay the foundation for a successful campaign. They are: 1) Identify the product/service and customers, 2) Coordinate the marketing mediums that will be used, and 3) Engage your customers and follow-up.

When it comes to identifying the product or service, it is imperative to realize that one cannot promote everything, because overwhelming people with content makes them blind to it.

Customers need to be attracted in a way that is relevant to them and profitable for you. So, if you need to boost your warranties, then a sign about it when someone walks in can be a good start, but what may be even better is offering a survey about warranties. The key is that customers choose to participate in being marketed to, allowing them to think deeply about your product or service, and then paying you with data.

The survey noted above is a marketing medium. So is Twitter, blogging, Facebook, and Instagram. Direct mail can also be used, but why spend all of that money on postage when an email blast will reach so many more people so much faster, allowing them to click a link rather than type one in? In some cases, the benefit exceeds the cost, but many times it does not. A great way to find out is to follow up.

Nicole Hills, or Nic, as she prefers to be called, is a master at following up. Whether working with existing clientele or prospects, she knows that any work she does that is not followed up on was time wasted – hers and the client’s – and that’s just bad business.

By understanding and applying this concept you can attract prospects, increase revenue, and lower costs. It works for all industries, but only to the degree that it is applied.