Get a Jump on the Big Data Trend 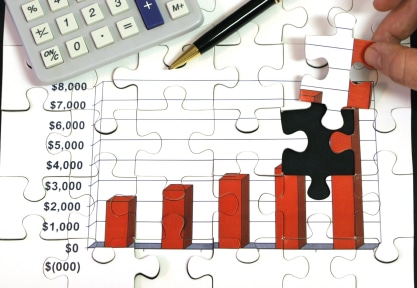 I’m a Star Trek fan. One of my favorite characters in Star Trek is the “Computer”.

The Star Trek Computer was AMAZING to say the least. You can ask it anything and it will give you the answer — just like that.  These days we aren’t very far away from that kind of interaction with out computers.  Currently, you can speak your question into Google and it will spill out options.  You can search Twitter, LinkedIn, Facebook and a variety of other social media channels to see what people are saying about any topic or brand.

But as of today — that’s all it is — data.  Nothing but huge amounts of data spilling out of the firehose of our computers and mobile devices.  But the trend toward making sense of all that data — that is called BIG DATA.

You’re going to be hearing a lot about Big Data over the next few years as companies look for ways to make it accessible in a way that will help us make better decisions, faster.

In February, Dana Stanley, from Research Access moderate a panel for GreenBookBlog on Big Data along with Romi Mahajan, CMO of Metavana, Leonard Murphy from GreenBookBlog, and Steve Cohen of In4mation Insights.  The goal of the panel was to put Big Data into context and to talk about the issues and trends that we could look forward to around Big Data.

One of the statistics that they brought out in the panel discussion was that 90% of the data that we currently have was created in the last two years!  That is just mind boggling and goes a long way toward explaining the term “Big Data”.  It also speaks to the challenge that businesses will have in accumulating, organizing and most importantly, making sense of it all.

3 Elements of Big Data to Focus on:

The Volume of information.  The sheer amount of data is massive.

The Velocity of data.  The speed at which data can be accessed and analyzed is exploding.

Over the last few years, there’s been a lot of discussion and complaining about DIY Market research.  But the other side of the evolutionary coin is that whenever one technology displaces another, new opportunities are opened up.  Big Data is the key to some of those opportunities.

While anyone can create and collect market research and feedback using DIY research tools like QuestionPro, making sense of it all is a task reserved for people with a very specific skill set; one that includes the analytical and technical skills to “hack” or dig into the data, and the other, more right brained skill to spot patterns and gather insights from new and innovative ways of looking at the data.

You’ve already had interactions with big data — it currently lives in the form of Infographics.  A really good infographic isn’t easy to create.  It involves gathering both primary and secodary data, digging into the meaning and context of the information and then organizing it in a way that is quickly and easily digestible by a larger audience.

In the movie Moneyball,  Bill James used big data to analyze the performance of baseball players and used that information to assemble a team of “low cost” players that achieved excellent results.

CardioDX a small, Palo Alto, Calif.-based company that performs genomic research. One of their major initiatives over the past several years was developing a predictive test that could identify coronary artery disease in its most nascent stages. To do so, researchers at the company analyzed over 100 million gene samples to ultimately identify the 23 primary predictive genes for coronary artery disease.

As you can see, Big Data isn’t anything to be afraid of, rather, we should look at the entire phenomenon from the perspective of curiosity and wonder.