You know that usability is critical to your conversion rate, so you probably put a lot of effort into making sure your visitors stay on your website instead of leaving for your competitor’s. But you may not know about a UX research tool that quantifies and normalizes user feedback to make meaningful comparison of usability data easy.

The System Usability Scale is a widely respected questionnaire that consolidates and unifies the subjective responses of individual UX testers into a coherent description of a site’s strengths and inadequacies. Something of an industry standard in usability research today, this “quick and dirty” survey has long been a favorite for its simplicity and accuracy: ten questions, a five-point “strongly agree” to “strongly disagree” response system, and a quick scoring algorithm yield an extremely reliable usability score on a scale of 0 to 100.

With thousands of previously documented uses to compare to, SUS gives you a solid idea of users’ overall satisfaction with your website, and can even be broken down into usability and learnability components. The percentile ranking contextualizes your raw score, allowing you to understand how your site performs relative to others; and some researchers have tried, with some success, to map adjectives like “excellent,” “poor,” or “worst imaginable” to individual scores for extra insight. 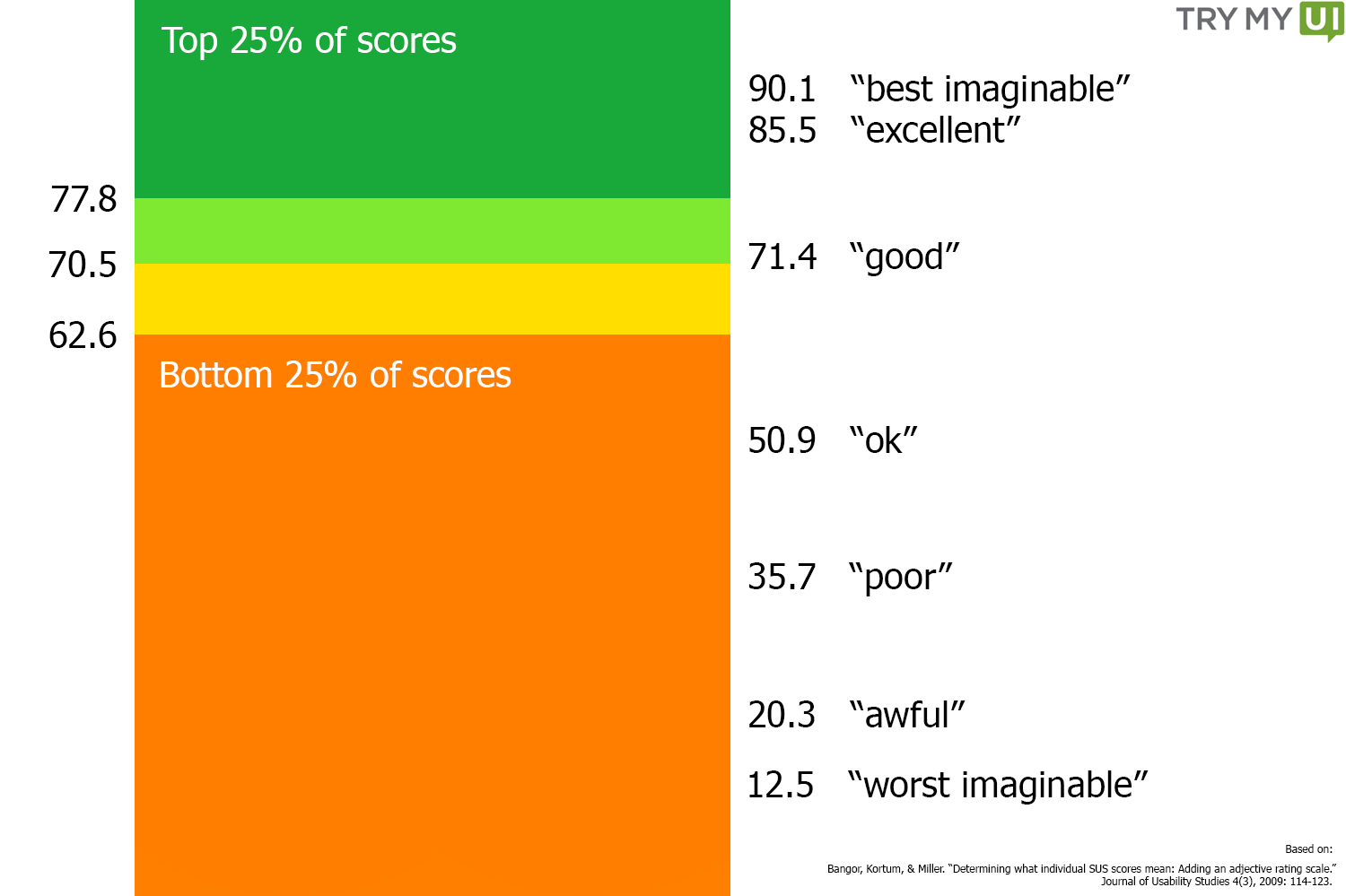 By various accounts, the mean SUS score hovers around 68-70.5 (a score that roughly corresponds, as it happens, to the adjective “good,” though falling quite short of “excellent”). Normalizing score distribution with percentiles therefore makes a 68 (or a 70.5) into a 50% – better than half of all other systems tested, and worse than the other half.

Though described by its inventor as a “quick and dirty” measure, studies have found SUS to be among the most accurate and reliable of all usability surveys, across sample sizes. It has today become one of the most successful metrics for quantifying system satisfaction, with thousands using it to gauge user-friendliness over a wide range of products online and off.

It is these qualities that make SUS key for staying on the competitive edge of UX design. If individual test videos are the trees, SUS shows you not only the forest, but the entire ecosystem into which your site fits; with a widely-trusted industry standard to rely on, you can take a step back from your own company and see how you chalk up in the broader world of competing websites that surrounds you.

To learn more about the System Usability Scale and its application in UX research, join TryMyUI and Measuring Usability’s Jeff Sauro for the SUS Webinar on October 9.