What is System Usability Scale? 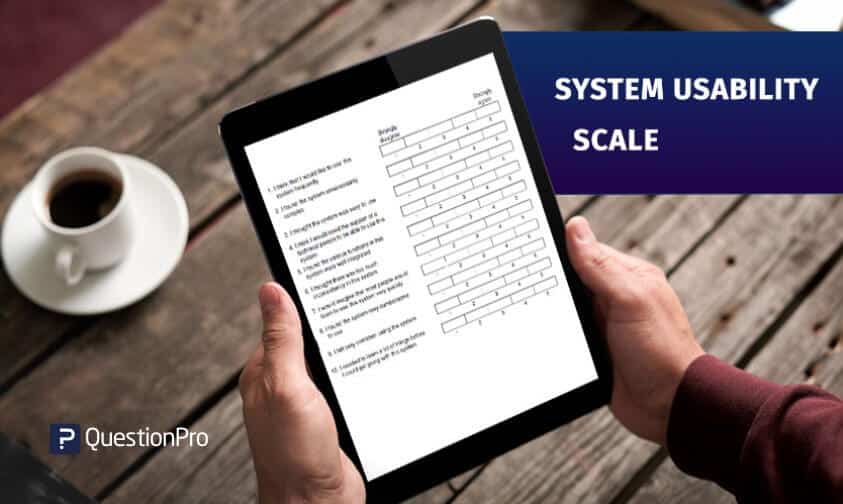 What is System Usability Scale?

System Usability Scale (SUS) is a questionnaire that is used to evaluate the usability of products and services. These survey questions are used as a quantitative method to evaluate and get actionable insights on the usability of a wide variety of new systems which may be either software or hardware.

The System Usability Scale consists of only 10 questions, which are answered using a Likert scale. The range goes from “I strongly agree” to “I strongly disagree”.

SUS questionnaire was developed in the late 1980s by John Brooke. He introduced the 10 question questionnaire in the year 1986 as a part of usability test for electronic office systems.

From then, till this day, System Usability Scale is used extensively to evaluate the usability of software and websites. It is used as a tool that can be implemented easily and in less time. Many users also call this tool “quick and dirty usability scale” based on one of the essays titled in the same name.

Following questions are used more often in a SUS questionnaire:

A user responds to the questions asked above using this 5 points Likert Scale.

Result of a survey using SUS is called SUS score. This score is numbered between 0 and 100, with zero being the least score and 100 being the maximum score. Only one question is considered at a time to be evaluated.

Step 1: To start with, convert the scale into numbers:

For example, consider the sum of points of all odd numbered question to be 20.

This score is expressed in percentage. If a system reaches a value 100 percent it is perfect. Values up to 70% are considered good and anything below 50% is said to be seriously inefficient in terms of usability.

Here are 4 uses of System Usability Scale based on its wide advocacy:

1. After completing a usability test: After participants have completed a task in an interface (a device or a program that is used to communicate with a computer), they have to answer the 10 questions based SUS questionnaire. For example, to understand a rough usability of software, hardware or a website.

SUS survey is deployed electronically and the responses are compared to the already known benchmarks; for example, a SUS score of 68 is for about 500 product database. An average score of 72 is usually for a consumer software.

2. On Mobile apps: One of the best attributes of SUS is its adaptability. It can even be used in a mobile interface. Although mobile apps did not even exist when SUS was developed, yet it finds its usability in the same. One can collect response data on mobile apps like Facebook and Twitter using SUS questionnaire.

3. With Prototypes: An interface doesn’t have to be fully functional before deploying SUS survey. The best part is, one can still administer it even if a prototype is partially functioning. One can use SUS as an early indicator of usability. Compare changes in the SUS as they make changes to the prototype and finally the working interface.

4. To test partial functionality: Some products, especially those in business to business enterprise, are quite complex. There are accounting software, HR software etc. that fall under this category. The software is complex, as they have various functions with different users. One can use SUS survey to analyze just one portion of functionality and not the complete product.