How Survey Templates Can Stop the Zombie Apocalypse

My son has been in this horror movie stage for about —- FOREVER!  Personally, I can’t stand them.  But from time to time, he’s convinced me to at least keep him company while he watched one.  I don’t watch — I usually just work on the computer and do my best to keep my eyes off the TV so as not to get any digital blood splatter into my head.  Last night he watched the cult film “Night of the Living Dead” as I sat there working on a client survey.  That got me thinking… 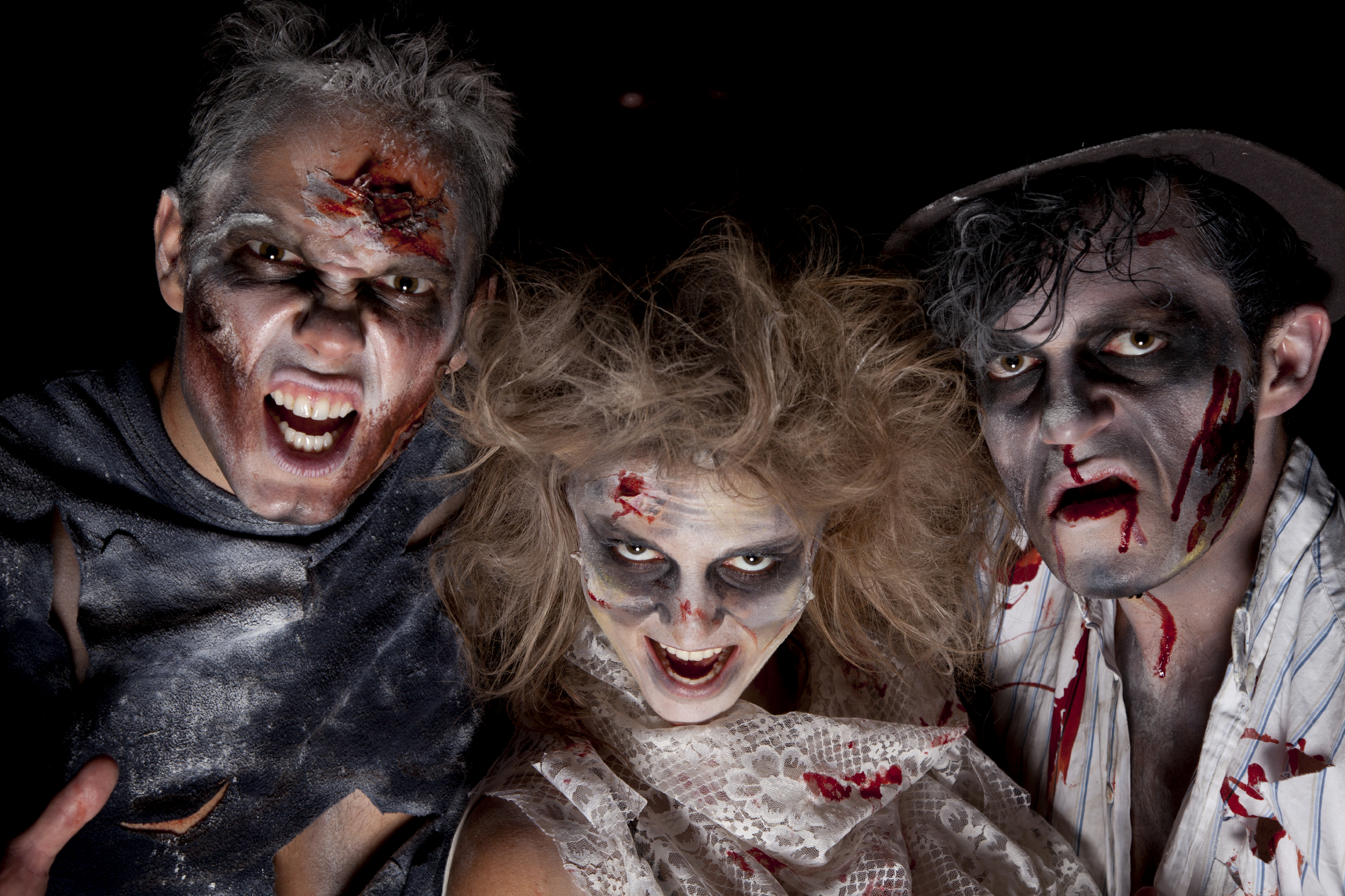 The zombie fad and  surveys – more in common than you think

This last run of the zombie fad has been going on for just about a decade.  It’s not the first time we’ve been obsessed with zombies.  As it happens, we get zombified whenever there is general dissatisfaction with the economy and life in general:

The zombie mob originated in 2003 in Toronto, and popularity escalated dramatically in the United States in 2005, alongside a rise in dissatisfaction with the war in Iraq.

The mid- to late 2000s also saw an uptick in overall zombie popularity, perhaps prompted in part by the release of post-apocalyptic movies including ” Dawn of the Dead ” and ” 28 Days Later .”

“We are more interested in the zombie at times when as a culture we feel disempowered,” according to Sarah Lauro , who teaches English at Clemson University. “And the facts are there that, when we are experiencing economic crises, the vast population is feeling disempowered. … Either playing dead themselves … or watching a show like `Walking Dead’ provides a great variety of outlets for people.”

But, Lauro pointed out, the display of dissatisfaction isn’t always a conscious expression of that feeling of frustration.

OK — so an obsession with zombies is our wacked unconscious way of communicating our general dissatisfaction with the way things are — “Why not just use a survey?”  I thought.  It would save hundreds of lives and save the world from zombie apocalypse!

Since zombies are actually dead, they struggle with motor skills and have limited brain power.  You can beat them by using survey templates.  Why wrack your brain trying to come up with good questions when the experts have already created them for you.  QuestionPro has 75 awesome, professionally designed templates. 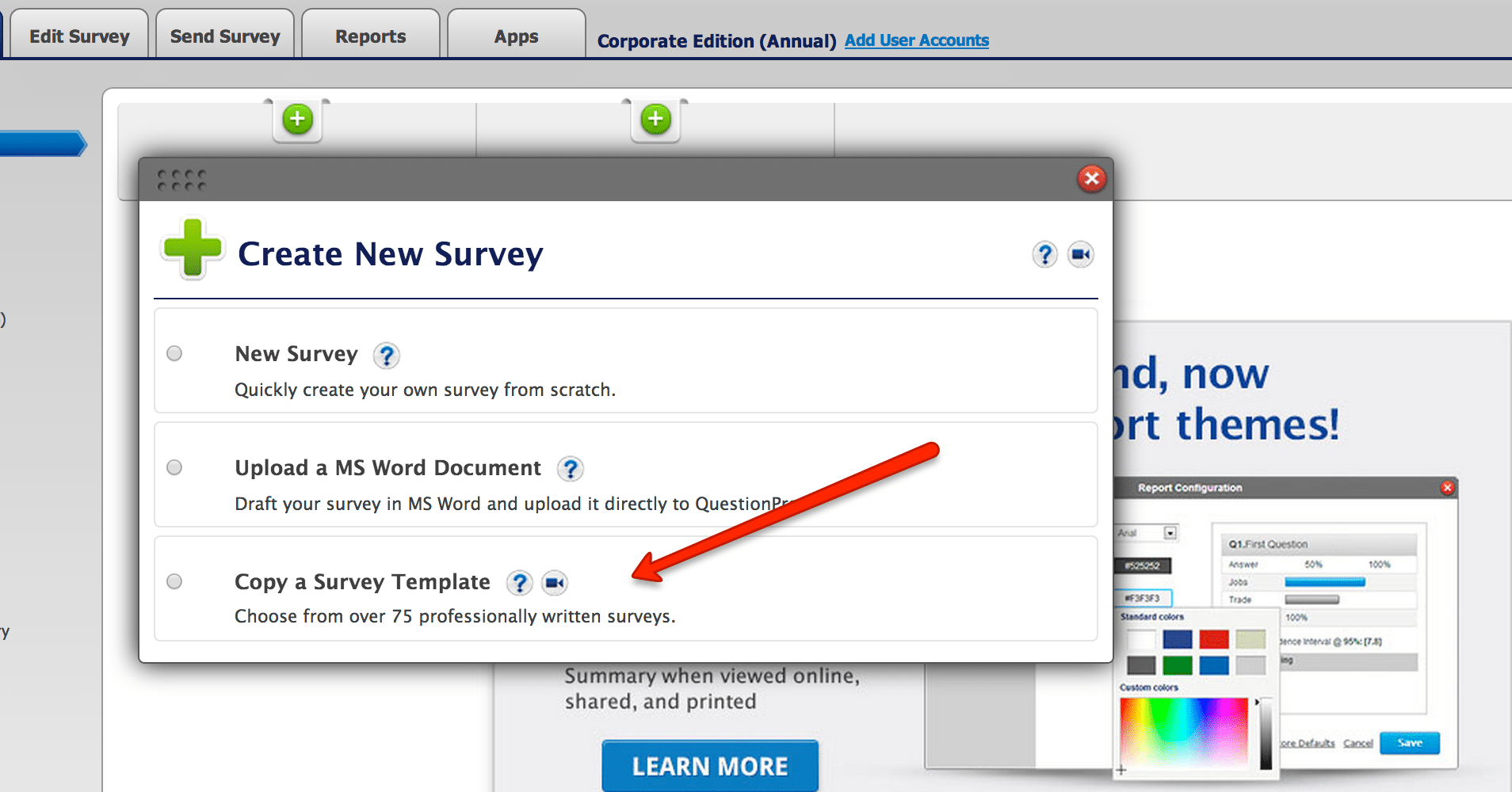 Zombies have one track minds – survey templates come in 12 categories

Zombies are only interested in one thing — eating your brain. Survey templates are so much more versatile than that.  QuestionPro actually has 12 different categories of surveys to choose from with multiple surveys in each category:

Zombies have unhealed wounds- survey templates can be changed and fixed

Since their body is dead it will not heal, and so neither will the wound. Also, if a zombie has been hit by a bus, shot with a rifle, or other such accidents, the damage will still be visible on the zombie’s body.  Our survey templates, on the other hand, can take a ton of management and client pounding and editing — and still come out looking customized and perfect.

Once you choose and open a template, you can add, delete and edit any question you like, or you can simply insert your company name or product or service name and move on.

As a dead body, a zombie cannot speak. They do manage to emit groans and moans, and some can even manage the one word, “brains”. No zombie will be able to carry on an interesting conversation, or for that matter, even finish a complete sentence.  But your QuestionPro survey templates can be easily translated into any language — so that anyone can understand what you’re asking — how awesome is that?

Since they are the “living dead”, zombies don’t have very good muscle control and so they shuffle a lot when they walk.  They don’t move quickly, they stumble and some might drag their legs behind them while others just look drunk.  Your survey will have none of these problems — once you’ve customized your template, you’ll be able to send that survey at the speed of light using an uploaded customer email list, social media or by just sharing a link.

Now there seems to be some debate about whether or not there is going to be a Zombie apocalypse.  If we follow the thinking that the zombie fad is triggered by general dissatisfaction, then the solution is clear — run more surveys to avoid the zombie apocalypse.  Start with the templates – they are faster.