NISA will employ QuestionPro CX platform to gain insights and deepen the fan experience by enabling real-time, in-stadium, TV, and online fan voting for “Man of the Match”.

We are privileged to announce our partnership with the National Independent Soccer Association (NISA). QuestionPro CX platform will be utilized for live fan polls running on their multiple channels throughout the League’s current fall season.

This season we’ll be enabling online voting for the Man of the Match for fans in the stadium as well as those watching online. Traditionally, the Man of the Match is selected by the broadcast team, and in some cases from in-stadium votes. With NISA’s new online voting capability via QuestionPro CX, fans around the world will be able to cast their votes, giving players of both teams an equal opportunity for recognition. 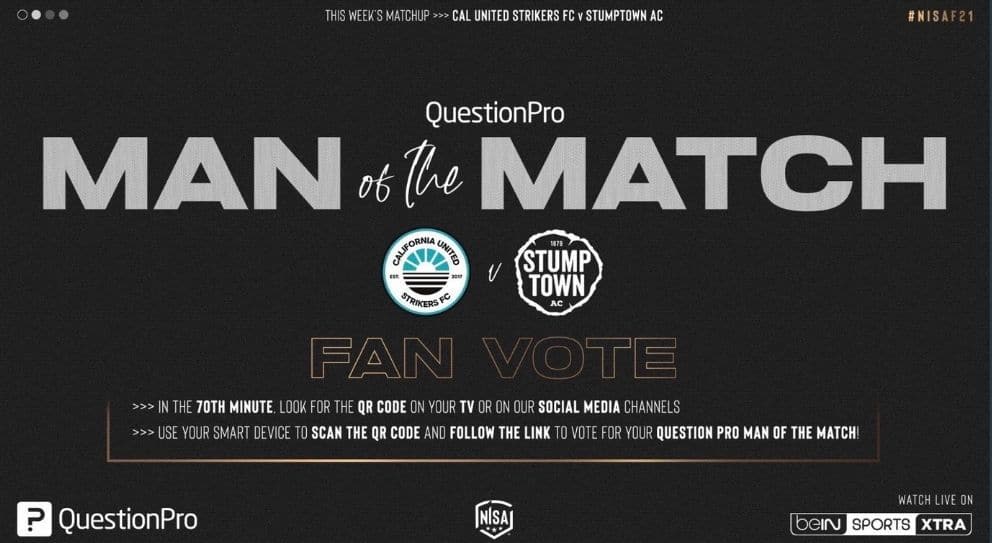 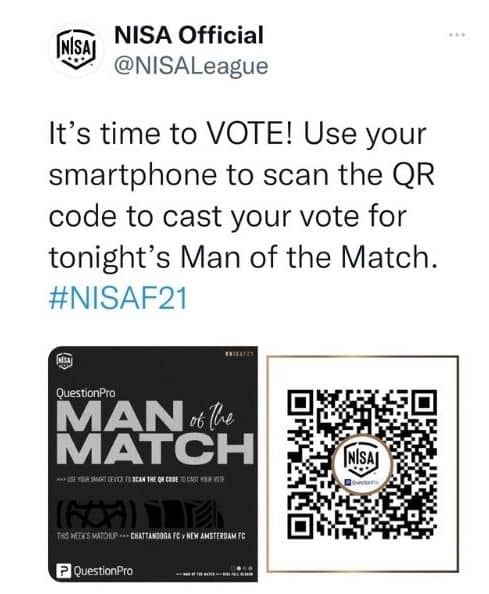 “The customer experience is one of the most, if not the most, important criteria in building brand loyalty,” said Ken Peterson, president of Customer Experience at QuestionPro. “This partnership will offer NISA the opportunity to better understand the fans and drive engagement and loyalty at both the league and team levels to benefit the league, the teams, the fans and their sponsors.”

NISA Commissioner John Prutch welcomed the new partnership with QuestionPro which will provide survey and insight analysis for the fast-growing pro soccer league and its member clubs throughout the U.S.

“We are thrilled to partner with QuestionPro as our official research and analysis partner,” said Commissioner Prutch. “We will be working closely with QuestionPro to better understand our rapidly-growing fan base. Ours is a league rooted in the community engagement of the clubs. We’re very interested to hear what supporters and partners think about our league, and we’ll be using the findings to help further improve and grow our league, clubs, players, and staff at all NISA levels.”

The National Independent Soccer Association was founded in 2017 with a mission to bring professional soccer to every city in the United States. A pro league member of U.S. Soccer, NISA focuses on a model based on meritocracy, independent clubs controlling their own league, clubs owning their intellectual property, all without the barrier of territorial rights. A member of the U.S. Soccer Federation, NISA also runs the mid-summer Independent Cup, open to independent professional and amateur clubs alike.