Rensis Likert and the Likert scale 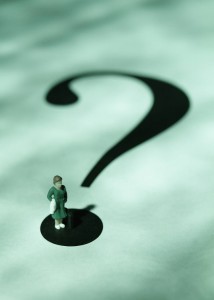 Likert. Likely, if you’ve heard the term, you’re familiar with the fact that the term is typically associated with a scale. But do you know the history behind the Likert scale, and what is a true Likert versus a “Likert-style” scale? Let’s elaborate.

The history of the Likert

The original Likert scale was developed in 1932 by Rensis Likert, a psychologist who was interested in measuring people’s opinions or attitudes on a variety of items. He developed a 7-point, bipolar agreement scale as a result. This scale has been used since then and is probably the most widely-used scale aside from the dichotomous yes/no scale. Often, if you’re asked to create a questionnaire that uses a rating scale, what the requestor means is a Likert-style scale.

If you want to get really technical, the Likert scale is actually referring to the sum of data gathered from a list of eight or more rated items. The individual ratings are Likert items. However, for the purpose of keeping this consistent with current terminology, we’ll just call the group of Likert items the Likert scale.

Use of the Likert scale

Since the original scale was used, there have been many variations on the theme, all referred to still as a Likert scale. The original scale was a 7-item scale, measuring agreement. However, Likert scales today often refer to any type of odd-numbered, bipolar scale. The purpose is still to measure respondents’ opinions and attitudes towards a given number of statements.

While there is plenty of discussion in the market research community about how many items should be in the scale (5, 7, or 9), one thing is certain: including the most positive portion of the scale first definitely introduces positive bias into the responses. If you create a survey in QuestionPro and use our pre-loaded Likert scales, you will see that they always are presented with the negative options first, to help avoid the bias. (Interestingly, the same bias that presents itself when ordering the scale with the positive items first doesn’t seem to present itself when ordering the items with the negative items first).

In the QuestionPro answer library, you will find Likert scales (7-point, bipolar), and 5-point bipolar scales (sometimes referred to as Likert-style scales). Use these in your next surveys where you have a group of statements on which you want to measure your respondents’ attitudes and opinions. We make it easy – just create a question, then, in the response area, select Answer Library. The Likert options are first, followed by the 5-point bipolar options. Just select one and your answers will fill in automatically.