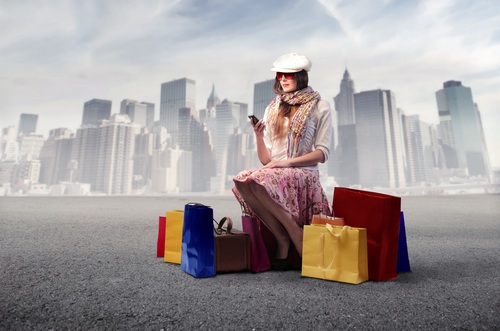 As I exit the metro station on Saturday after an exhilarating and demanding work week, all I want to do is head back home and relax. Yet, the chores to be completed at home are anxiety moments to be dealt with. One amongst these dreaded chores is purchasing groceries for the upcoming week. Dreaded because, every other chore can be completed from within the comforts of home. Shopping however entails sacrificing hours together at a store during the weekend when customer footfall is at its highest. Though an argument can be sought as to why shopping cannot be done online, slackened and sluggish internet broadband speeds or using mobile applications to stress fingers to select and choose products page after page to fill the online shopping cart is something that cannot be tolerated after a tired work week. Moreover, I am one of those people who believe in seeing and handpicking groceries.

One of the biggest opportunities and challenges that characterize the Indian retail sector is its structure. According to KPMG, the overall retail sector growth is likely to witness a CAGR of 12-13 per cent, which is worth INR 55 trillion (USD948 billion) in 2018-2019. The revenue generated from organized retail was INR 0.9 trillion (USD 15.5 billion) in 2009 and is expected to continue growing at an impressive rate to a projected INR 5.5 trillion (USD 94.8 billion) by 2019. KPMG summarizes retailing scenario in India as a working population of 15 to 54 years is the largest spender on retail. In 2011, more than 50% of India’s population fell under this category. India has 500 million young Indians with accessibility to more money and roughly 75 million house-holds with an increased disposable income which has led to significant changes in their spending habits.

Barely two months back the Bangalore Metro Rail Corporation Ltd. (BMRCL) inaugurated the purple line, a complete phase of metro train travel covering east Bangalore to west Bangalore. The average revenue of the corporation has gone up by INR 29 lakh per day and a six fold increase in commuter ridership. Yet while looking at the bare walls of the metro stations I often wonder why BMRCL is not renting out the realty space for a virtual grocery store. This model has been a success in South Korea with Tesco and Samsung joining hands at subway station virtual stores. Hence while the commuter exits the train, shopping on the go by scanning the Quick Response (QR) codes that encodes a product and price as its data for the required grocery and items in the online shopping cart and pay by using mobile applications and the commuter then leaves for home. On reaching home the grocery and items are waiting to be delivered.

Virtual stores at subway station can be made a reality in India as a consequence of a rising population and long work hours. Doing a bit of number crunching just for virtual stores in Bangalore metro stations, going by Wikipedia and BMRCL data, an average of 1,40,000 passengers travel by purple line. With a mere 10 percent customer penetration and a minimum order of INR 500 the revenue potential for BMRCL is roughly whopping INR 250 crore revenue potential for the government.

Connecting the dots, why is the retail space at the fourteen metro stations of purple line left unutilized by the state government? Should revenue generation be the priority of purely private organizations!!