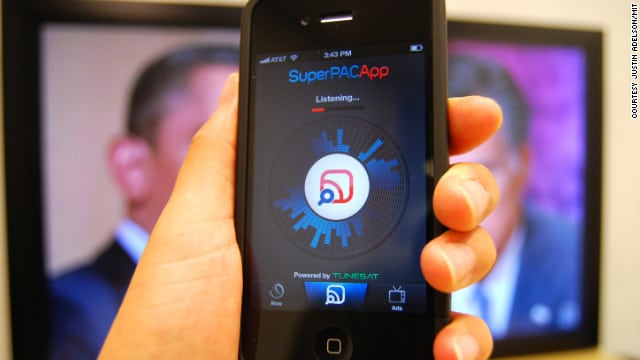 As we get closer and closer to that November voting date, the political battle just keeps heating up. I don’t know about you folks, but I can’t seem to avoid it anywhere I go — driving downtown, signing into Facebook, and of course, watching TV. Perhaps one of the worst parts of the “voting season” is that I never know how much of what’s being said is true. I take everything with a grain of salt, and if I have the time, make a mental note to research it later (which I never remember to actually do).

Well, what if we didn’t have to do that? What if we could use our iPhones to discern whether a political ad on TV is actually telling that truth, or at least who is paying for the ad?

This is precisely the goal of the new Super Pac App, a project created by former students at MIT’s media lab.

Their free iPhone app listens to political advertisements on television and matches the ad’s audio waves against a database — similar to how the Shazam app identifies music. Once it recognizes the ad, it offers an analysis of what political action committee or entity was behind it, who runs that committee, and how much money was spent on the ad. In addition to telling you who put the ad on TV, they’ll even offer you third party news sources  — PolitiFact, FactCheck.org and others — to try to verify the ad’s claims.

For now, Super PAC App is iPhone-only. The creators are, however, considering a desktop browser plug-in for the platform.

Super PAC App is available for download in the App Store. What do you think? Would you use Super PAC App to learn more about political ads you encounter on TV and on the web?