Survey Questions You Should Never Ask

As I was looking for some topics for this blog, I ran into an article titled “Texts You Should Never Send”  This made me wonder about survey questions you should never ask and why.

Here’s one I found that speaks more to the answer options: 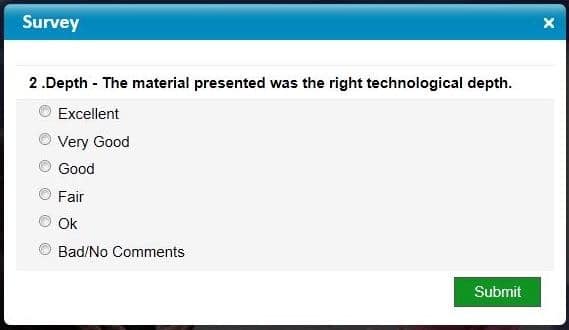 The primary reason this one was categorized as “THE WORST” survey question ever was because in the answer options there were 5 options for a positive response and 1 option for a negative response.  Not only that, but the option for a BAD response also had “No Comment” attached to it.

I was curious about what other folks thought were the survey questions you should never ask — so I asked the community over at LinkedIn what they thought.  Here are just a few of their contributions:

Instead of the word “why” …I would use “what is your main reason for…” because it sounds less confrontational.

Did xyz meet your expectations? That questions nothing. You don’t know what those expectations were.

Anythign that begins with “In your opinion…”

Surveys should measure facts, and even then the way the question is asked can be misleading. Surveys have a place, but I think market research leans on them too much and all to often they are wrong because they are not asking the right questions or are asking them the wrong way.

Well, I’d probably stay away from super-personal questions such as maybe the person’s exact age and religious or political beliefs.

Sensible Answer: A large proportion of the surveys I have been asked to contribute to in my life have been a complete waste of effort. The reason for this is that in almost all cases the questions have been written so as to direct an answer. So my opinion here is NEVER ask a question when you already have the answer in mind. A bias is immediately introduced that invalidates what you are trying to achieve.

Comedic Answer: Q. Have you stopped beating your wife? It’s a closed question looking for a yes/no answer. Yes implies you did beat your wife, but have now stopped. No implies you are still beating her.

Never ask obvious-answer questions, such as “Would you prefer if we lowered our prices?” (To which nearly 100% of respondents will answer Yes.)

So what survey questions do you think should never be asked?  Put them in the comments below!