Are You Working The Five Kinds of Capital? 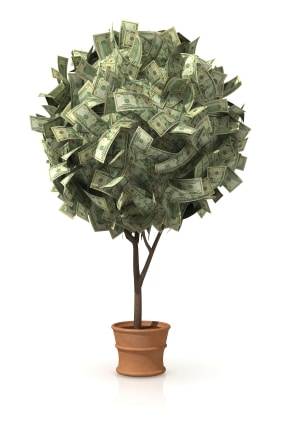 How important is money in connecting influential people to each other?  Surely, it plays a large factor but what is most curious is that a person’s riches and the size and power of his circle of influence do not correlate particularly well.  There is one core exception to this:  the VERY rich who, almost by definition, are connected to centers of power.  Billionaires are in a club of their own but centimillionaires and decimillionaires are not.  To be clear, these are arbitrary demarcations but the spirit of the point is clear:  there are kinds of capital, outside of financial wealth, that correlate to influence.

Why discuss this?  Is it not obvious?  Has this idea not been elevated countless times into the pantheon of clichés- “Money isn’t everything” or “Can’t buy me love.”
Well, hold on. In societies that worship Mammon, the cliché works the other way too.  After all “health is wealth” and “I feel like a million bucks” are phrases often heard.   The equation of all things good to money happens more often than the negative position.  As we are reared in this notion (or at least exposed to it countless times a day) we lose sight of other forms of capital.  On occasion, sudden traumatic events shock us out of our stupor, but real epiphanies are few and far between in the sound bite society.

What is my intent in writing this?  This is not another paean to love.  This is not a feel-good,-it’s great to be poor yet happy-what really matters is spiritual poise manifesto.  Indeed, it is the opposite.  It’s a practical guide to personal and professional development aimed to (hopefully) enlighten people on the panoply of ways to create, add, and deliver value to others.

The Five Types of Capital

For the sake of debate, I posit 5 types of capital.   There are likely others, but these 5 form 90% of the total.  I have studiously avoided categories like “Spiritual Capital” most importantly because they are subsumed in the others.

Predictably, these are not always either connected or resident in the same (howsoever rich) person.  This fact crystallized to me some years ago when I was a fairly-lazy, impecunious junior professional with little clue and no direction.  I was at dinner with the son of a very well-off man and with another man who, while well-off, had maybe 10% of the financial capital of the first man.  Man One was lamenting some health issues and his inability to get access to leading specialists at the Mayo clinic.  Man Two, every helpful, immediately gave Man One a reference to “a good friend” who also happened to be one of the top few people in the country in the particular areas of medicine in question.  Two weeks later, Man One was in front of the Doctor and getting what he needed.  Access capital at work.

Growing up, my father was to me the height of charisma.  Dad is a very well-known Physicist but also a polymath, a gifted intellectual in many areas.  We grew up hearing not only about great physicists but of the Chinese Revolution, of the books of Par Lagerkvist, of the schools of Indian Philosophy.  When I once asked dad about the field of logic he asked me to read something by Gödel (I never did).  People flocked to see dad and to hear him hold forth.  One incandescent moment from my childhood is when some of dad’s friends asked him to read T.S. Elliott for them.  Apparently, his ability to render it was spell-binding.  A combination of Intellectual Capital and Gravity Capital at work.

While working at Microsoft, I styled myself a really smart, capable marketer.  I at times scoffed at some others around me, feeling entitled to things I had not earned.  The most important two years I spent there were also, therefore, the most frustration for the obvious reason:  My manager saw through me and told me to slow down and just get things done.  Until then I was considered the “top of the top,” getting back-to-back stratospheric reviews and quick promotions.  Suddenly, I saw many of my peers promoted before me; while I was truly thrilled for them, I did fall into the “why me?” and “the bosses don’t get me” trap.  All the while I missed the main point:  no one denied I was very smart but when it came to coherent, large-scale execution I rated a B, incommensurate with my (I think) A intellect.  That dissonance made me, well, an ass.  Execution capital matters and matters big.

There are countless lessons to be learned from this.  None of them is earth-shattering or particularly original to me but I hope to be able to help others (and myself) by fructifying rarefied thoughts into useful words.

Some of these lessons are somewhat obvious:  Intellect is not everything nor is money.  Having connections in one sphere might not translate to enjoying them in another.  Success is complex.

Some of the lessons are more subtle, however.  Rich doesn’t mean smart nor does it imply charisma.  In some areas, access is far more useful than intellect or money.

As I said, I am writing this to clarify  but also to admonish.  Most people I see compete for financial capital feverishly.  This is a huge mistake and makes for an uninteresting bunch.  It’s curious to me how people who can piously intone the need for “differentiation” and “adding unique value” can simultaneously be so homogeneous in their teleology.  To go down the path of “money is the only capital” is to go down the path of ultimate loss.

What you’ll find in the process is that you are better for it and you are able to “do more” across a variety of planes.  What you’ll find after that is that certain types of capital never really diminish, very much unlike the category (money) that if we let define us, ultimately demeans us.

About the Author: Romi Mahajan is an advisor for Ascentium, a leading digital agency located in Bellevue, WA. Contact Information: romi.mahajan@ascentium.com