What You Didn’t Know About David Lee Roth and Tripwires

Decisions. Decisions.  It’s all about making good decisions.  That’s why I’ve spent the last couple of weeks giving you an up close and personal summary of Chip and Dan Heath’s latest book Decisive. 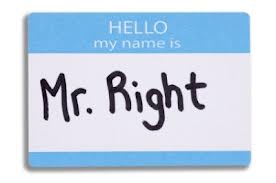 The first article talked about the benefits of widening your options.  The next one dug into the benefits of experimenting with possible options, the third one explored the idea of stepping away from the decision and today we’re going to finish off the series with giving up the need to be right.

I know it might seem like overkill to be talking about a single book across so many posts, but I wanted to share as many of these tips and strategies with you so that you can get even more creative ways to use your QuestionPro tool.

It’s funny, but we all seem to think like every decision is cast in stone and will hold forever.  That’s the emotion talking.  You know better than that — decisions are like everything else — mutable.  Instead of being the END of something, they are really the beginning of a path that leads to other decisions.

What you need is a tripwire — a trigger that tells you that it’s time to make another decision.  It’s a lot like the fuel gage on your car that lights up when you only have a gallon or two left so you have time to get to a gas station.

We’ve all heard the story of Van Halen’s lead singer David Lee Roth requesting to have all the brown M&M’s removed when they performed in a city.  And we all assumed he was just being an A-Hole.  But there was a method to his madness — the M&M requirement was actually a very simple tripwire.

You see in the 80’s Van Halen was one of the first rock bands to take their ENTIRE high-tech show to smaller cities.  While it was great for the audiences — it was actually a tremendous amount of risk for the band.  The show required a lot of technical set up and detail and the band was concerned that there would be a major safety “incident” if their procedures were not followed precisely.

They put the M&M clause in their exhaustive contract as a tripwire.  The thinking was that if there was even one brown M&M in the bowl, they would not play the show because there wasn’t enough attention to detail in reading the contract and in sorting the M&Ms and if they screwed that up — who’s to say how the pyrotechnics would turn out.

I suppose you could argue this strategy, but the point is, they HAD a strategy and a tripwire put in place to help them make further decisions.

This is another fantastic tip and way to make decisions.  Online surveys can be a wonderful provider of “tripwire” data.

Say you’re tracking the adoption of a specific product or service – you can use a simple online survey to track the rate of adoption or the shift in market share.

Another terrific way to use surveys is to gauge customer satisfaction.  Your Net Promoter Score is a tripwire for customer service.

What will be your tripwire and how can you use QuestionPro to measure it?