Comedian TJ Miller, of HBO’s Silicon Valley, performs a standup in which he tells of an entertaining, yet extremely terrifying time in which he suffered a life-threatening brain malformation. He was in the middle of pitching a movie idea when he collapsed to the floor while seizing, and was rushed to the hospital. His story continues, he explains that he suffered from an arteriovenous malformation (AVM) hemorrhage, which is essentially an abnormal connection between the veins and arteries.

When Miller awoke from his coma in the Cedars-Sinai ICU neurology ward, he found a nurse standing over him saying, “Your doctor cannot be here, but a proxy will be here in just a bit.” He then explains how he was given little to no information about his condition. Next thing he knew, what looked like an iPad on a Segway rolled in the room and on the screen, was his doctor, who was video calling from a different location. This robot-doctor then began explaining Miller’s condition and how lucky he was to be alive. Miller, who at this point is more shocked about a robot wheeling into his room and diagnosing him, asks his doctor the humorous yet, understandable question of “…Am I in the future?”

While TJ Miller had only been in a coma for a few days, his question of “Am I in the future?” is certainly one that most of us would wonder. The idea of autonomous Segway-like robots wheeling around hospitals, video-calling to doctors across the country or around the globe sounds like something out of Star Trek or a Kubrick film. These proxies that Miller mentioned are known as telehealth robots and are being integrated into all aspects of hospitals. NBC’s, Julia Boorstin, describes how they can allow a stroke victim to be assessed by a specialist when every minute counts and there isn’t a specialist at the hospital. Telehealth robots increase the standard of care and allow more patients to be seen in less time, thus cutting down on over-crowding and potentially saving money.

Additionally, robots are seeing an increase in popularity in rural hospitals for more than just improved patient care. For instance, Hamilton County Hospital in Kansas was very close to shutting down when telehealth robotics were brought onto the scene. Their chief executive, Bryan Coffey explained that “we brought in a telemedicine robot and started seeing a 180 (degree change). There’s been a 40 percent increase in (patient) volume and we’re consistently, month over month, 15 percent in growth.” Their investment of $36,000 for the robot yielded a substantial return on their investment leading to greater patient throughout.

These robotics are also being utilized by graduate nursing students at the University of Alabama in Huntsville (UAH). UAH and other universities that have introduced similar programs are leading the way in terms of telehealth education. They are utilizing this technology to train students from off-site facilities as well as providing online students more of a presence in classrooms and hospitals. The nursing dean at UAH, Marsha Howell Adams explains, “It will allow our graduate students in our nurse practitioner pathways to actually be responsible for the management of the patient care in a simulation scenario.”

The full benefit of the telehealth industry has yet to be seen. In Miller’s case, while he awoke confused to what seemed to be a futuristic robot-doctor, there’s no doubt that the rapid care offered by telehealth robots quite likely saved his life. Telehealth allowed his AVM hemorrhage to be discovered in a timely manner as opposed to being discovered on the autopsy table. Through the advent of technology, a hospital visit can offer immediate care from a specialist on the other side of the country, allowing top-rate care in less time, all with the help of an autonomous robot on wheels – perhaps this is the future.

However, in many ways, it seems natural for robotics, science and healthcare to merge and progress in this manner. A more noteworthy display of futurism emerges when seemingly far off technology leaves the scientific sphere and spreads into the social and political sphere.

Though perhaps not as visually shocking as a free-roaming robot on wheels that Skypes to doctors in remote locations, the artificial intelligence system known as MogAI is a gamechanger with far-reaching effects.

MogAI was created by Sanjiv Rai in 2004 and has accurately predicted the past three Presidential elections. According to a CNBC report, it gathers data from over 20 million points from around the internet, including Google, Facebook, Twitter and Youtube, in order to create its predications. MogAI works by monitoring social media and internet user engagements to anonymously gather information. It not only accurately predicted the election results, but also noted the fact that Trump would surpass the number of engagements that Obama had in his peak of the 2008 election, long before anyone could have made that prediction.

It’s important to note that these results were not expected. MogAI was not simply going along with media trends or regurgitating expert opinion. This is something different.

So why is MogAI more effective than traditional methods of prediction? It is not limited by human bias or the hesitancy attached to telling a stranger who you are voting for. MogAI monitors social media platforms, uses algorithms and improves with time. This program’s name is referencing Rudyard Kipling’s character, Mowgli, from The Jungle Book. MogAI, like Mowgli learns from interacting with its ever-changing environment.

Artificial Intelligence has enormous growth potential and a number of companies in various industries are already adding AI to their playbooks – manufacturing, retail, healthcare, technology, transportation and more. Even Market Research, an industry that is often driven by empathy and emotional intelligence, is giving AI some strong attention. Of course, AI is not yet able to address the human aspect of research but some companies are looking beyond these challenges. QuestionPro, a Research Software provider, has recently launched “Locus” – An Artificial Intelligence bot that can help understand what type of survey the user is interested in to help them develop the survey instrument. While “Locus” is still in Beta, it’s a testament to the growing adoption of AI, to improve customer experience. Vivek Bhaskaran, CEO of QuestionPro, explains that “Much like a conversation, Locus will continuously be “trained” to become increasingly effective at communicating with users and maximizing both the quality and efficiency of their QuestionPro experience. Eventually, the Artificial Intelligence Bot will boast even more capabilities within the product.”

The applications for this and other AI prediction systems are staggering. By analyzing data from places such as Facebook Live conversation feeds or Google analytics and then completely anonymizing this information, data predictions can offer fewer privacy violations and more accuracy than ever before in history. It is estimated that the Artificial Intelligence market will be worth $16.2 billion dollars, by 2022. If this estimate is accurate, this 62% compound annual growth rate from 2016 to 2022 is staggering. While a major part of this growth is from the Healthcare industry, Ai is already making its presence felt in other sectors, as evident by the use of SIRI and Google Assistant in mobile technology. The reality is that AI is already here and its future looks bright. Whether it can take us where no human has gone before remains to be seen. 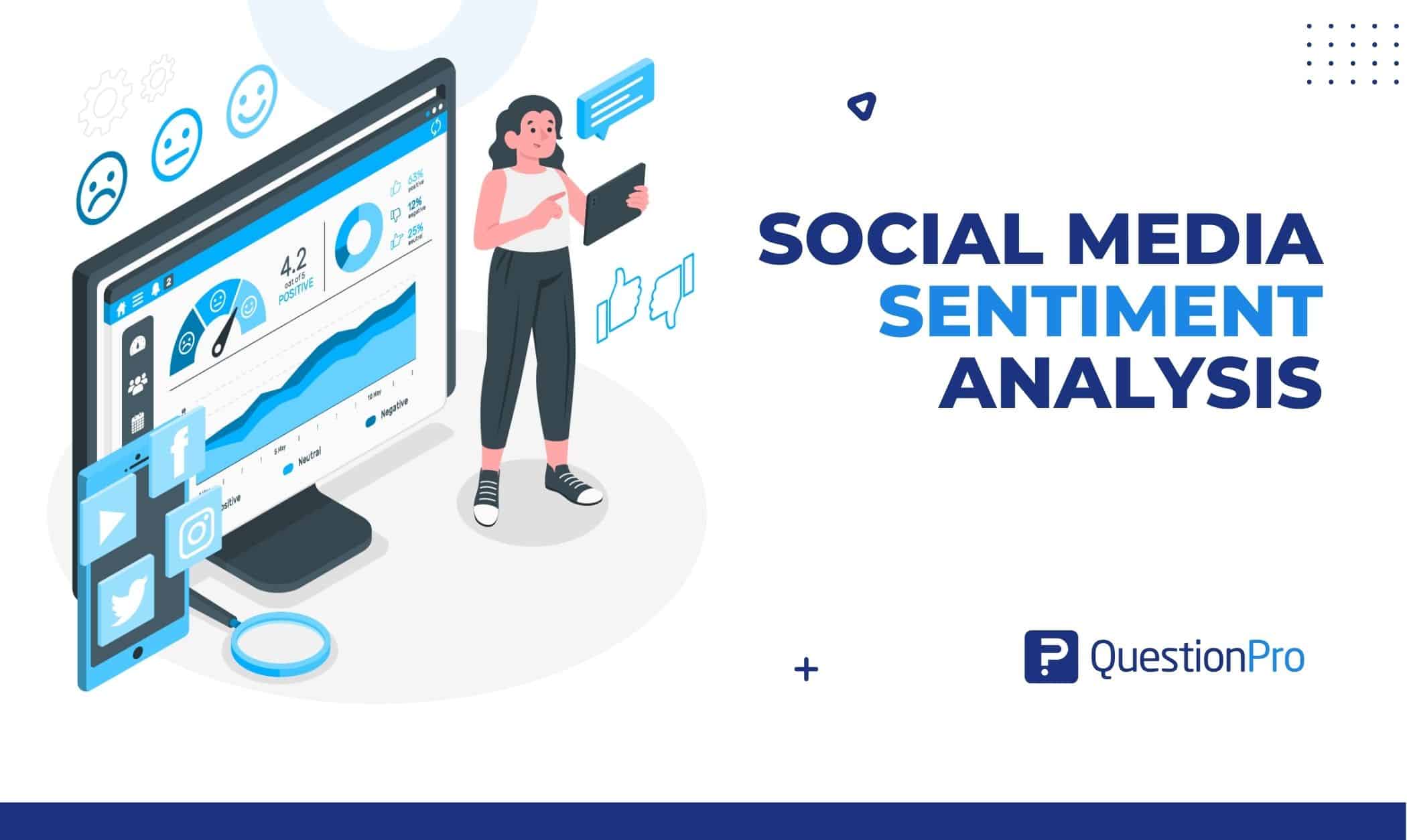 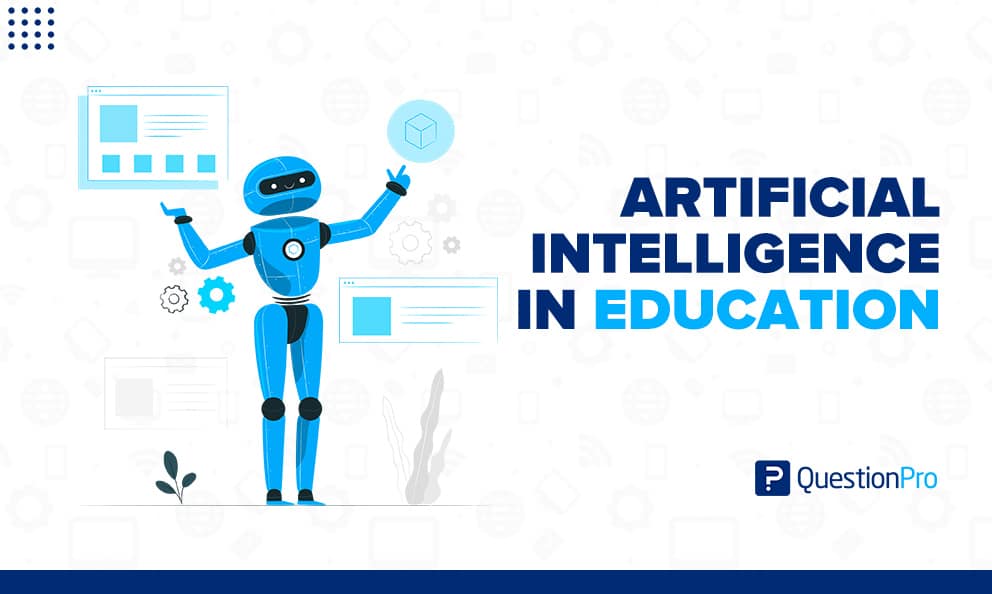 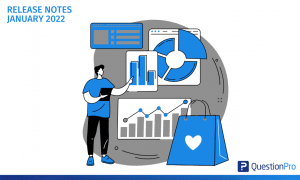 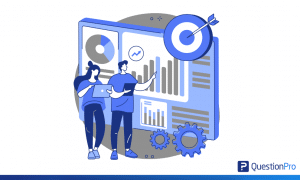