Constant Sum Question Type – What You Need To Know 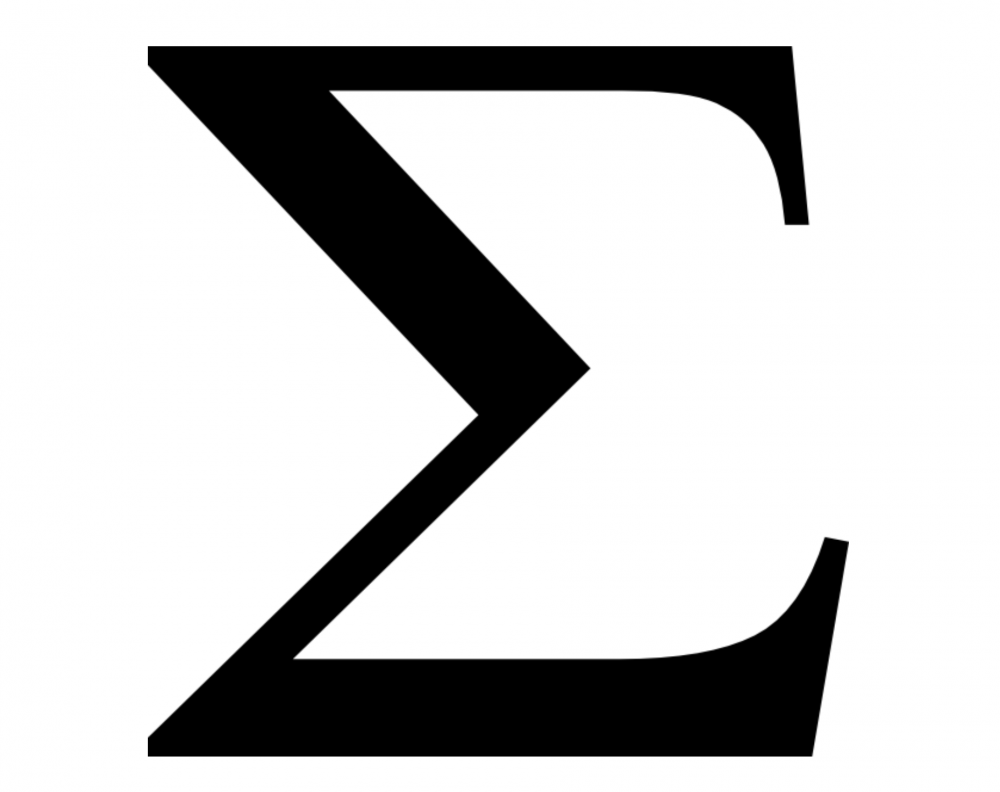 A constant sum question is a rather traditional question type, which is best used if you want to get a better understanding of how your respondents weigh-off or trade off the competing priorities. A constant sum question asks survey respondents to divide numerical values across a set of variables, but it requires the values to add up to a pre-specified total creating metric data.

One of the advantages the constant sum question type has is that same as the rank order question type, it forces respondents to make mindful choices, rather than allowing them to mark all features or attributes being “very important”. When being asked to rank features or aspects on an importance scale, respondents often feel that all features are very important. Depending on the number of responses gathered, it can get difficult to extract a clear picture of which feature actually is the most important one, especially if relying on a mean score.

This is a very practical question type to use when asking financial, budget-related questions or percentage based questions. However, this does not mean that constant sum always has to add up to 100 (as in 100 percent). It could be any other metric relevant to the survey you are conducting, such as 40 hour work week, a $5000 budget etc.

Here are a couple of examples.

A well constructed constant sum question is to keep the presented options to a minimum. Respondents might find it difficult to do the addition in their head thus they might drop out of the survey without completing it. 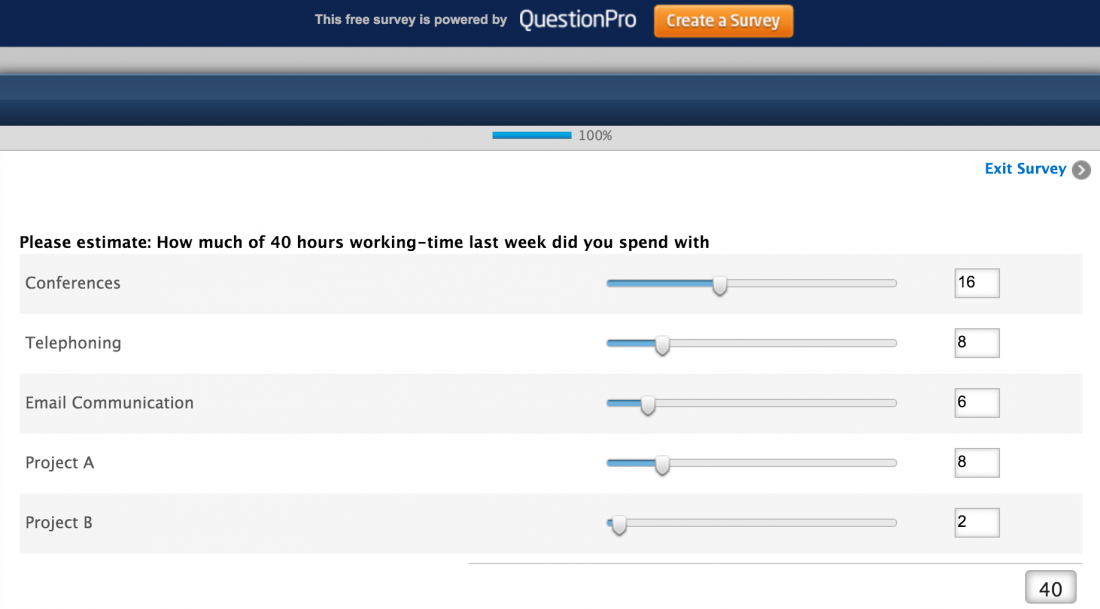 The example of constant sum question below asks the respondent to allocate his or her perceived importance over the slate of features, which previously should be examined through qualitative research and randomized. The respondent could allocate 25 points to each feature. Yet, with a broad base of respondents, the average number of points allocated to each feature can generate more variance than the limited five-point importance scale. 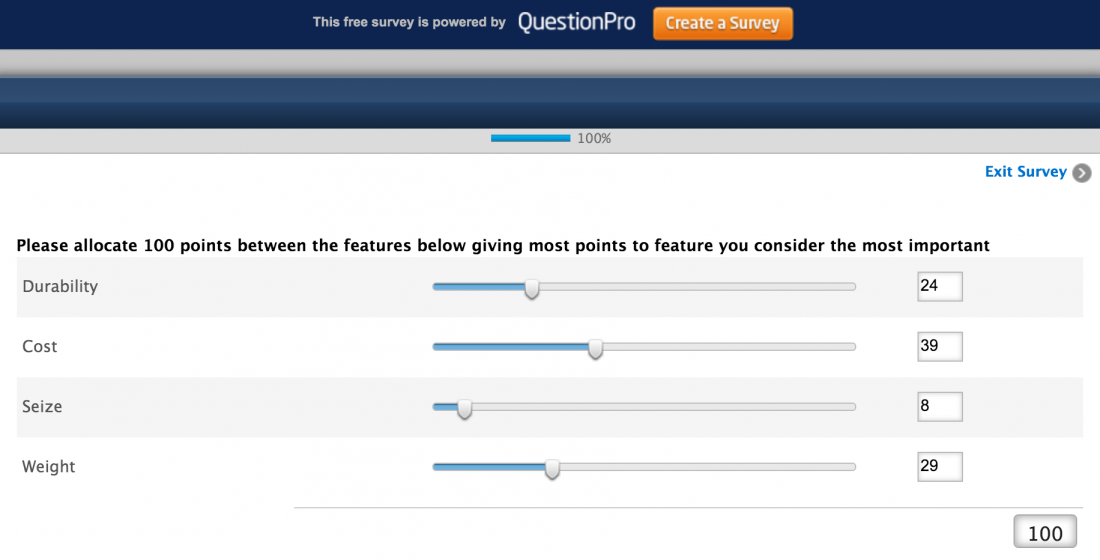