Emotional vs. Statistical Responses – Why we love smileys, emojis and hate surveys! 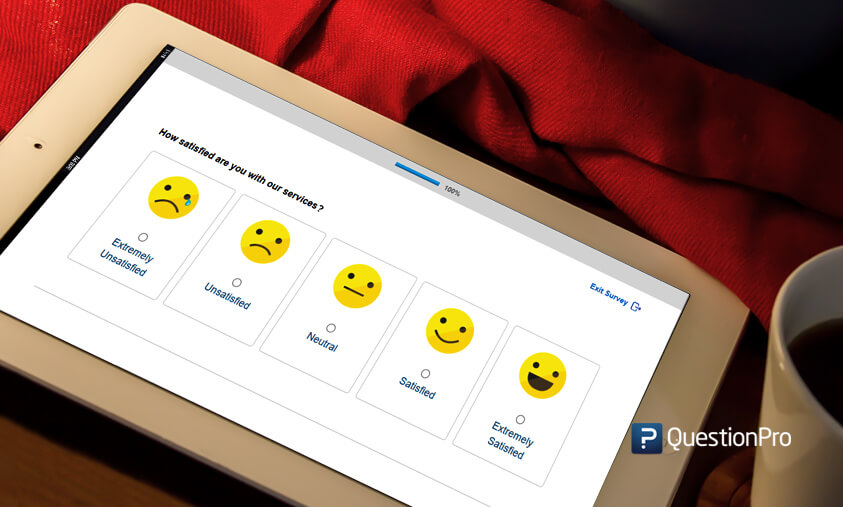 The statisticians can go home – long live the marketers! One of my friends was once on her email app – and instinctively looked for the “Like” button. Yes – she was looking for a like button on email. She had read an email and was so overjoyed by the contents – that she wanted to “like” the email.

Facebook took it a step further with their “Reactions” – and gave us a bunch of emojis. Apple followed suit with emoji/gesture response to iMessage and text messages.

Surveys are typically executed by researchers and statisticians. Not by marketers. That does not mean survey questions have to be statistical in their data-collection model. Survey models have also evolved and we here @ QuestionPro have a few tricks that we know that customers love – when they take surveys.

I want to share some of them with you:

This simple change – where you pose a statement and have folks either agree with your or not – it a classical statistical measurement technique of the degree/strength of acquiescence to a statement. However, we don’t need to have a standard likert scale question with the words “agree’ and “disagree”  – we can easily convert that to a Smiley Rating Question – where users choose between 5 emojis  that represent each of the different states.

In many cases – where a emotional (Happy -> Not Happy) may not simply apply. For example, if you want to measure the degree to which some feature in your tool is “working” or “not working” – you cannot really use a smiley there – but you can indeed use a slider. A slider scale is a visually interactive tool that users have to move to the right spot. It’s give the user an action to do – pick up the slider and move it to the spot that they feel comfortable.

Benefits of emotional vs. statistical models

There are three benefits this has :