How Your Small Business Can Compete With The Big Guys

It’s hard for any small business to get the leg up on their bigger competitors. It is a sad but simple fact that people know the big companies exist and are often unaware of the existence of many smaller companies. The huge marketing campaigns larger companies can afford to create doesn’t help either. The only thing you can do is try to advertise yourself, but if you attempt to compete with bigger companies by marketing in traditional media you will fail. Thankfully guerrilla marketing is a great alternative for businesses wanting to grab attention and a loyal customer base. 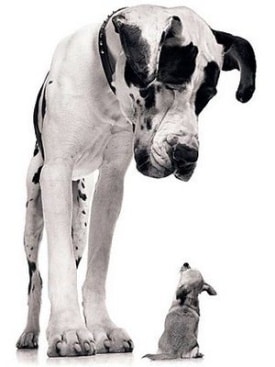 Guerrilla marketing refers to any form of advertisement that is unconventional and does not use traditional media such as television, magazines and newspaper. As such, what you can do with guerrilla marketing is limited only by your imagination, and is often low cost enough that even the smallest of businesses can afford to do it. The downside is that when not done right a guerrilla marketing campaign can blow up in your face. It’s best to get some general liability insurance to be safe, but if you want to attract attention you need to take the risk.

An example of how guerrilla marketing was used can be seen in the case of The Blair Witch Project, a now famous and profitable film. At the time though it was simply a low budget affair assembled by a group of college students. In order to build hype for the movie, they decided to make a website claiming it was a true story. It included mocked up missing person reports, lore on the Blair Witch and even interviews with ‘the authorities’. The site was so realistic that even now some people believe that the movie was real, and it certainly got a lot of people into theaters.

Guerrilla marketing can even be used to provoke a very specific response from a very specific party. When it comes to advertising for a small business this is usually not necessary, but for charity work it can be invaluable. In Paris, the Medecins du Monde ran a campaign where they simply handed out easy to assemble tents to as many of the homeless who couldn’t find shelters as they could. The sheer mass of tents springing up prompted a strong response from the government, who gave the homeless a great deal of support after that. This just goes to show how even a simple campaign can have a huge response when done right.

You don’t need a lot of money to run a marketing campaign, and if your aim is to compete with larger corporations that approach is counter productive to begin with. A creative guerrilla marketing campaign is often the perfect way for a small business to attract lots of attention and customers.