Less of More and More of Less 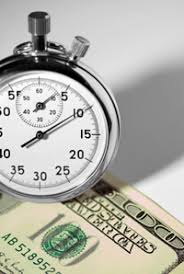 Kevin – Our Co-Founder and I were recently in a meeting with a couple of folks and they asked us a thought provoking question – “what is the resonance between questionpro and ideascale?” – In other words the question went to the heart of collecting feedback online and how the different models stacked up against each other.

Our traditional way of thinking so far has been – Online Surveys (QuestionPro) is great for collecting quantitative data while crowdsourcing tools like IdeaScale are perfect for qualitative research and subjective studies. As we look into the future of feedback and see it being democratized it we believe the “attention-span” issue will force the convergence of these two models.

If you’ve attended any market research conference recently, everyone is talking and bemoaning the issue of response rates using online surveys. We’ve also talked about response rates and how to increase them in earlier blog posts. There are lots of ways to increase response rates, increase interactivity but the fundamental paradigm shift that has happened online is that of compressing attention-span. If you’ve done any online marketing, you are acutely aware of the 8-second rule – When users land on a website/webpage they give the site literally 8 seconds before deciding to give more attention to the site or hit the back button and move on. Our educated guess would be as time goes by and more information overload is bestowed upon consumers, their attention-span will be inversely proportional the amount of information they consume.

Anecdotally its true for me personally – Between Email, Text, Phone, Instant Message, Facebook, Twitter and LinkedIn my ability to sit down and work on something that does not have a direct financial or emotional benefit to me is ridiculously low. Typically it is very difficult to tie in financial or emotional compensation to feedback. What this means (to me at least) is that if someone wanted some feedback from me and I felt I could add value, I would probably spend 20 seconds. Would I take a survey? Not if it was more than 5 questions. Would I vote on an Idea? Probably – as long as the voting was seamless and non-intrusive.

What a tool like IdeaScale can now do is to capture that micro-feedback users can give by voting on ideas for your company up and down. A tool like IdeaScale can become an aggregator of micro-feedback and capture that unit of work which most likely would have been lost otherwise – Since any online survey would take more than 8 seconds to complete. IdeaScale can now become a micro-feedback solution that is capturing data from a much larger set of users although the data probably is very shallow. A quick comment or a vote on an idea is probably what most users will leave behind.

Based on this hypothesis one could argue that a tool like IdeaScale can not only be used for qualitative/subjective research but also for collecting bits and pieces of data over time – qualitative or otherwise. Accordingly we think a good technology solution would be to tightly integrate our MicroPoll tool with IdeaScale for capturing some amount of qualitative information along with all the quantitative data that IdeaScale is designed for. Rest assured, we’ll be working on that integration over the next couple of weeks!