Motivation vs Movement: How to Really Get Your Employees To Work

Get Your Employees To Work

or in other words: “Even with food, shelter, and company, people will always be unhappy with #firstworldproblems.” 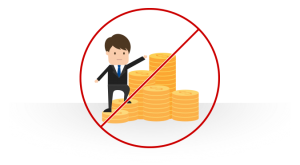 Coordinating a group of people is difficult. This is natural and will be natural until humans figure out a way to share a single brain. (Borg?) But often corporations and managers find that even when they get the infinite details figured of who does what in which manner, employees still won’t work. They aren’t motivated. They don’t want to work.

So we “motivate” them, with threats and cajoles. I’ll fire you if you don’t work. I’ll give you more money, so please work. Corporations see a short-term spike in productivity, but often within a few years (or the same year), the same old problems arise. Workers don’t want to work. Again. Even after all that money.

According to Frederick Herzberg, Father of the Job Enrichment theory, we’re confusing movement with motivation. Yes, the employees are working more. But they aren’t working because they want to; they’re responding to our actions (threats/rewards), or as Herzberg defines it, KIDAs (Kick in the A…). At the end of the day, the managers are the one who are motivated. The workers are just moving.

So how do we “motivate” employees rather than just move them?

Further reading: One More Time: How Do You Motivate Employees by Frederick Herzberg