How to Use Online Survey Logic

This post will explain advanced survey logic, but first, let me say that  – every survey has some form of logic inherent to it and  I posit the following definition:

Surveys are an ordered, logical set of questions presented to respondents, who meet basic criteria, for the purpose of informing a broader set of decisions. 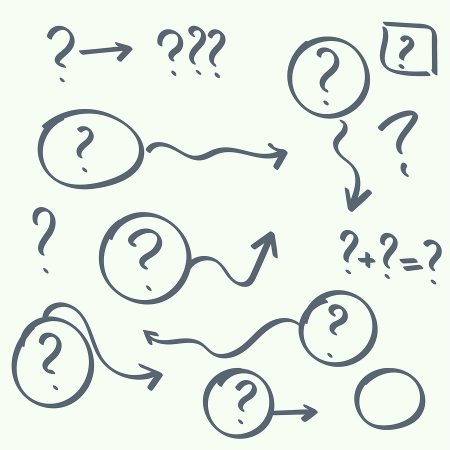 As survey authors, we establish the logic used in our surveys. Platforms such as QuestionPro offer tools which allow us to implement that survey logic. Overall, the use of survey logic prevents respondents from being exposed to questions that they cannot answer. For example, as a man, I am not qualified to speak to the personal usage experience of feminine hygiene products. However, I can speak to the purchase of them! Use of advanced survey logic would prevent me from seeing questions relating to the usage of these products.

Employing advanced survey logic can have the added benefit of shortening survey completion times. If completion is an important metric then make sure you identify all survey branches and report time for each branch separately and then for the survey as a whole.

There are many types survey scripting. The main advanced survey logic visibility settings are; question linking; and masking. The ability to limit which respondents can see a question is critical. The example I gave earlier about feminine hygiene products is an excellent example. When selected, the visibility settings function allows the researcher to specify which responses to prior question(s) would be considered valid and thus allow the respondent to see the current question. For example, gender (female) and prior product usage (yes) might be considered as screening responses for the current question. As a man without product usage experience, I would be re-directed to other questions and not allowed to view the current question.

Link options allow the survey author the ability to alter the question choices exposed to the respondent based on how they responded to a source question. For example, you may have choices that appropriated based on gender. Therefore, women would see one slate of choices and men another. Another example would be product usage, where prospects may be exposed to one choice set, whereas users would see an alternate.

Masking is an excellent feature when the prior question has been a multiple response question (select any or all format). For example, in the leading question, I may ask which of a series of value proposition statements you believe apply to Acme, Inc. In the follow-up question, using masking, I can ask you of those you selected which is most believable to you or which one is most applicable. In this scenario, the masking covers those choices you did not select. Conversely, I can ask a follow-up question about the choices you did not select (masking covers those responses you chose.)

Advanced survey logic allows us to provide us a better survey experience by exposing respondents to questions that are relevant. Adding logic to online surveys increases the sense of engagement and adds to the bottom-lines of response rate and survey completion.