Preview and Test Surveys on Desktop and Mobile Devices 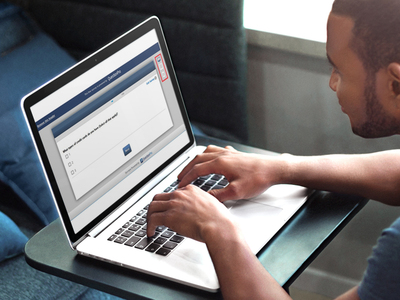 Has it ever happened that you have created a survey, and kept on wondering how will it look on other devices like a tab or a mobile phone screen? That is what Prince Charming was wondering too and wanted to preview and test surveys. Remember the story of Cinderella, where she loses her glass footwear in the palace. Now the Prince created a survey which only Cinderella could answer correctly. He ordered his men to go to each house and have the survey completed so he could find Cinderella. Prince, however, was worried as he had created the survey on the desktop, and his men have tablets and cell phones. Understanding, the Prince’s dilemma, the Grand Duke provided the solution. QuestionPro has introduced the brand new feature where you can toggle preview renderings between devices to see how will the survey look in cell phone and tablet.

How does that work?

This is how your survey will look like when you preview it:
You will find three options, on the right-hand side, once you click on them you would be able to view how would the survey look in different devices.

Click on the tablet icon, to preview how would the survey look in the tab: 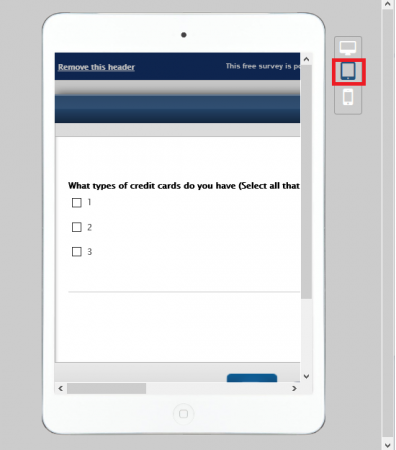 Click on the mobile icon to preview how would the survey look in a mobile. 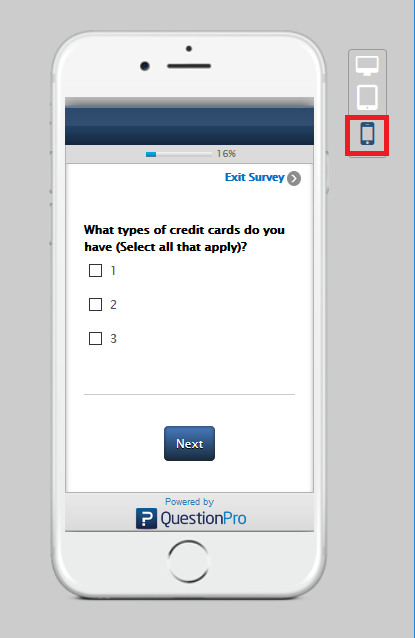 This is fantastic, said the Prince. And he distributed Tabs and mobile phones to his men to go and conduct the survey. Check how to use Lookup table on QuestionPro App.