Sampling Frame: How to use it and generate better insights!

Have you ever wondered why some studies miss the target population? well, sampling sounds fun, but it’s an extensive process where each step directly impacts the outcome of your research.

Limited resources and accessibility might prohibit researchers from collecting data from all target population segments. They must establish a sample frame as a result of these concerns. Learn how to define a sample frame and when and how to use it.

What is the Sampling Frame?

The sampling frame (also known as the “sample frame” or “survey frame”) is indeed the actual collection of units. A sample has now been taken from this. A basic random sample gives all units in it an equal probability of being drawn and appearing in the sample. In the ideal scenario, the sample frame should match the sample of people.

A complete list or collection from which your sample participants will be drawn in a predetermined manner. The list will be organized in some way. That is, each member of a population will have an individual identity and a contact mechanism. This allows you to categorize and code known information about segmentation features.

Collecting your sample indicates that you have a supply or list of all the individuals of the target population from which to take a sample, as well as a process for selecting the sample. Any resource that has the information needed to reach every individual in the targeted group qualifies as a source.

One of the first steps in creating a research study is to define all the modules (also known as cases) you want to investigate. People, organizations, and existing records might all be considered units. The population of research interest is made up of various units. It is critical to be as detailed as possible when describing the population. 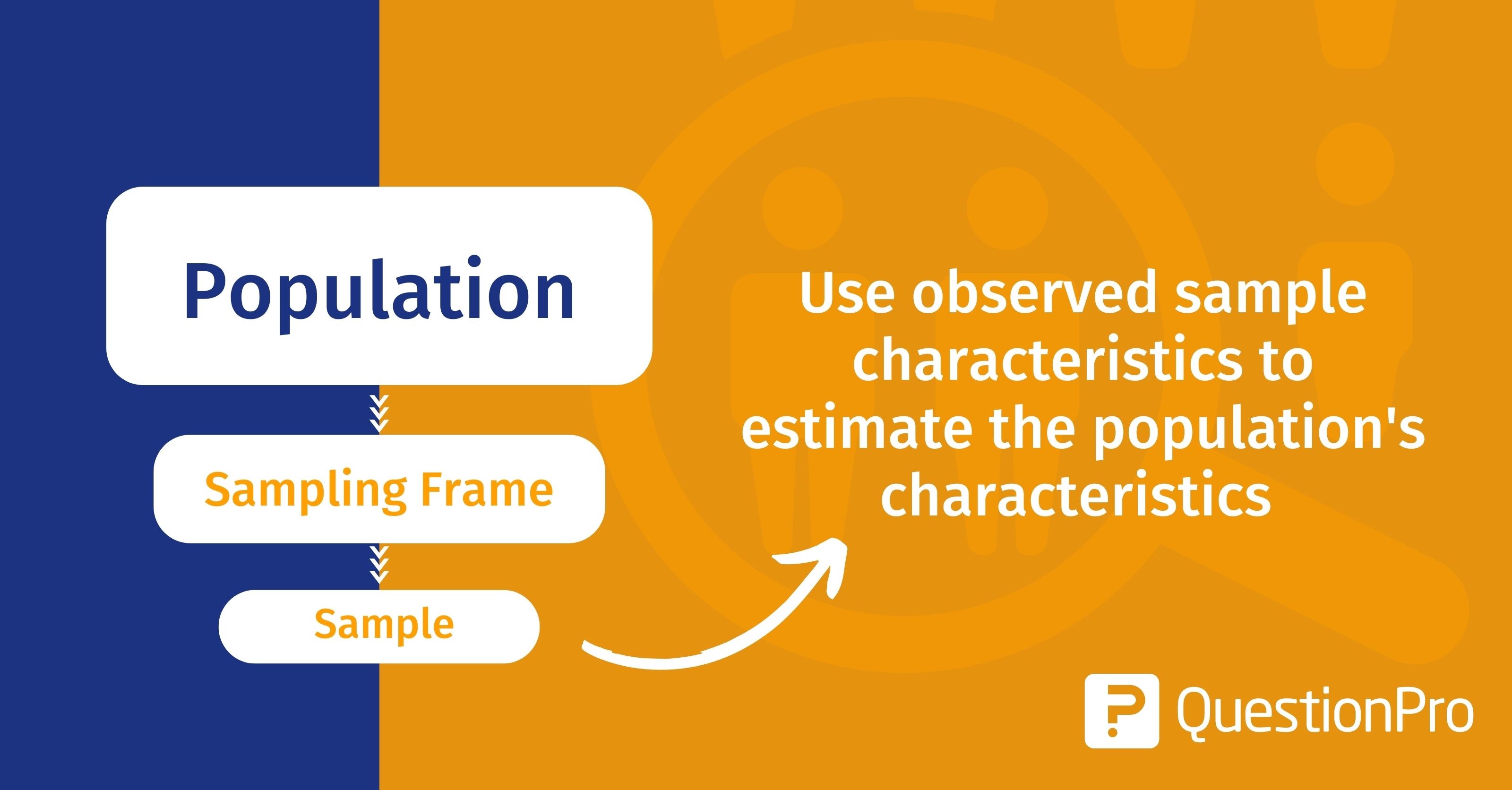 Characteristics of a Good Sampling Frame

Be assertive when selecting lists! Make sure your sample frame is large enough for your requirements. A decent sample frame for research on living conditions, for example, might include:

Examples of the Sampling Frame

The issue is that studying every individual in a population is not always practical or practicable.

Suppose you might be curious to learn about the opinions of American bankers about vehicle ownership, for example. Gathering data from every bank in the United States would be too time-consuming and expensive. You can investigate a sample of the population in situations like these.

The process of picking a sample should be intentional, and you can utilize various sampling strategies based on the research’s aim.

It would help if you first constructed a sampling frame, which would be a list of all the units in the population of interest before you can choose a sample. Your study findings can only benefit the population identified by the sample frame.

Again, consider a survey to determine the number of prospective clients for digital programs in the New Jersey population. The research team selected 1,000 random numbers from a local telephone directory, made 200 calls daily from 9 a.m. to 6 p.m., and asked specific questions.

The sample frame comprises just those New Jersey residents who meet all the following criteria:

In this situation, the sample frame is distinct from the population. For example, it under-represents groups that do not have a telephone (e.g., the poorest), have an unlisted number, were not at home at the time of calls (e.g., employed individuals), or do not want to engage in phone surveys (e.g., more busy and active people). Such disparities between the sample frame and the target population are the most common limitations in surveying and other random sampling procedures.

If you want to learn more about sampling techniques and how to leverage them, click here.

A sampling frame is a researcher’s list or device to specify the population of interest. A basic random sample gives all units in this an equal probability of being drawn and appearing in the sample.

People, organizations, and existing records might all be considered units. It is critical to be as detailed as possible when describing the population.

QuestionPro Audience has a global sample of 22 million+ survey respondents who are double-opted and mobile-ready to participate in all market research and brand research levels. Need niche panelists like gamers, and building contractors, directly get in touch with our niche panelists.

We put together all the pieces of research to create complete 360° survey studies. Because it’s not just ‘tapping’ the right Audience, it’s also about effectively ‘listening’ to your Audience through insightful surveys!