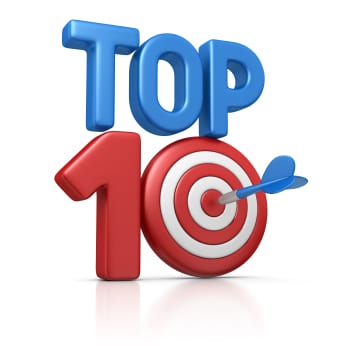 Have you noticed how viral “Best of..” or “Top (pick a number)” lists are?  It’s really amazing.  There must be some psychological catnip in these lists or polls that makes them impossible for humans to resist.  Because when we see a top – anything list — we just have to click on the thing to see if a brand that we are associated with is on it.

Sometimes you WANT to be on the list and sometimes you DON’T want to be on the list.  It seems that I have a knack for owning and being part of brands that are on the “Worst” lists.  Over the years, it’s either made me want to avoid the list altogether (except that I can’t) or it’s made me want to look at the list just to “pick the scab” of wondering why it is that I seem to like places and things that other people hate.

Here — let me give you an example —

I like ugly cars, so you shouldn’t be surprised that I owned am orange Pontiac Aztek.  Yes, it was ugly and it got amazing gas mileage, had tons of room — and people knew it was me!  Of course, it has the dubious distinction of consistently being on every single worst cars list created.

I went to Penn State.  Since I’m from Pennsylvania, it wasn’t anything special to go to Penn State, I mean half the state goes to Penn State.  But when I got out into the world, I realized Penn State had a great reputation academically and of course there’s that sports thing.  But lately, they’ve decimated a brand that it’s taken decades to build.  So these days it’s rated number 7 on the Princeton Review’s Top Party Schools List.

Well, I’ve had enough — I’m thinking that I’m going to create my very own “Best of” or “Top  10” list!  It’s actually not as hard as you think — and when I tell you how, you’re going to wonder why you haven’t done it sooner.

One of the great things about compiling a “best of” list is that you get to name your methodology.  Of course, you can create a list based on secondary data such as number of universities, the arts, etc. This is what they use for picking “most livable cities” (gloating, Pittsburgh has been picked most livable city more than once!  At least I’m on one top list).

You can also use a survey to collect votes and come out with a “Top” or “Best of” list.