Telephone surveys – inching to the to the deadpool? 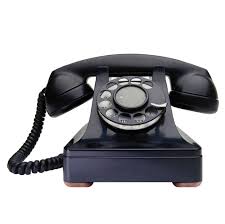 The National Center for Health Statistics put out some numbers on surveying — The general conclusion is that using “landline” only methods for data collection will skew the analysis. Here is a direct link to the report.

The key findings are :

If you just look at those two numbers, ~30% of households essentially rely on cell phones as their primary voice communication device. And this is the last 6 months of 2007. I can only imagine, the first six months of 2008 this has only gone up, especially with the launch but both Sprint and At&amp;amp;T for “unlimited” minutes. I can also say from personal anecdotal evidence, I finally convinced my wife what we really don’t need a land line — so my own residence does not have a landline anymore. We were getting too many telemarketers anyways.

The other paradigm shift that is happening is that businesses (brick n mortar) are accepting emails as the preferred communication model — Eastside Bavarian where I change oil emails me and I can email them to request an appointment — they even send me a survey after every service! I hardly ever talk to my mortgage broker or banker anymore — we simply rely on email to communicate with each other.

The third component that is facilitating this shift is the “Smart Phone” market is expanding rapidly – Blackberry, iPHones etc.&amp;nbsp; — All these phones are becoming communication assistants rather than being a phone. I use my iPhone for email, text and phone (in that order.)

Now, what does all this mean for research? — The big issue is that of sample bias. Traditionally online research was considered as an after-thought to phone based research. Now with potentially a 30% sample bias error, phone surveys will become increasingly difficult to conduct and more importantly pass the sample bias validation test. That is the general conclusion of the report also.

UPDATE:
Here is another interesting blog post from one of my competitors – Check it out. It addresses the same issue.