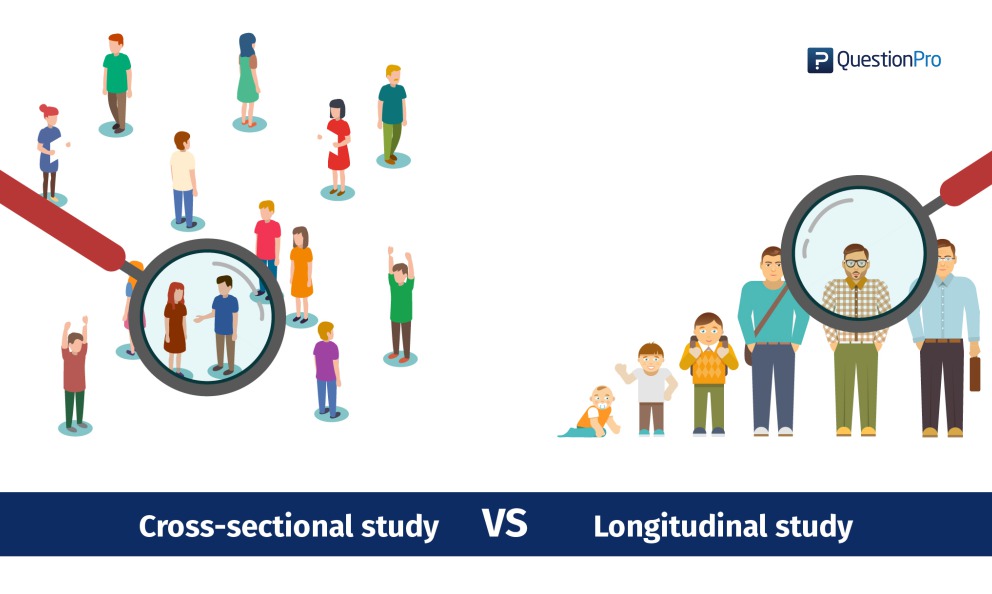 What is Cross-Sectional Study?

Cross-sectional study is defined as an observational study where data is collected as a whole to study a population at a single point in time to examine the relationship between variables of interest.

What is Longitudinal Study?

It is true, study design greatly depends on the nature of research questions. Whenever a researcher decides to collect data by deploying surveys to his/her participants, what matters the most are the survey questions that are placed tactfully, so as to gather meaningful insights.

In other words, to know what kind of information a study should be able to collect is the first step in determining how to carry out the rest of the study. What steps need to be included and what can be given a pass.

Continuing from the example above, a researcher wants to establish a relation between the variables, “jogging” and “cholesterol” in this case, one of the first things that a researcher would need to establish in this kind of study is, to tell the most about the relationship. A few questions to ask would be, whether to compare cholesterol levels among different populations of joggers, non-joggers at the same point in time? Or to measure cholesterol levels in a single population of daily joggers over an extended period of time?

The first approach typically requires a cross-sectional study and the second approach requires a longitudinal study.