Exit Interviews. Let ‘Em Have It. 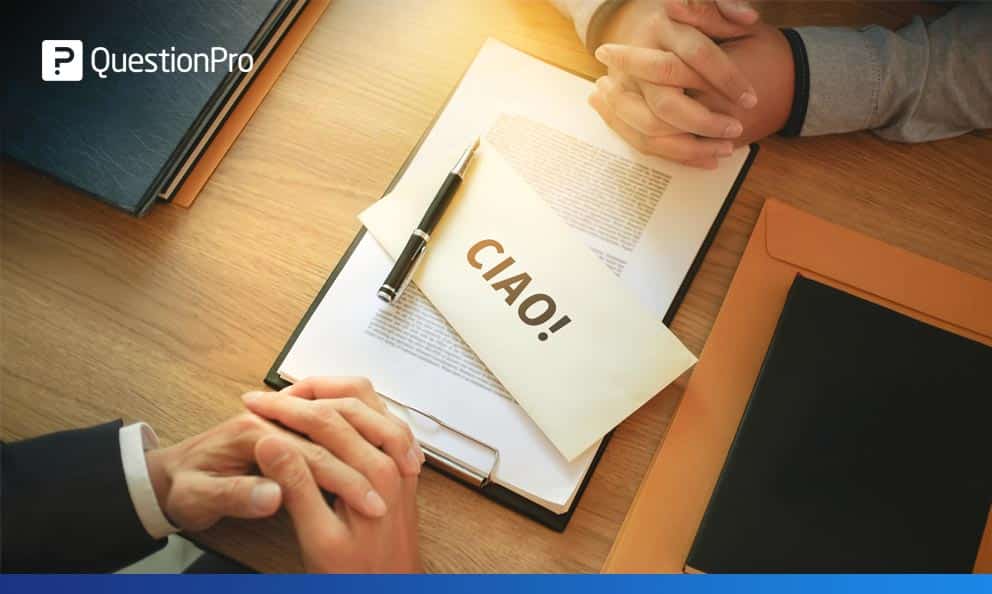 I’m glad we care about what people think about our company when they have one foot out the door. Never mind that we should care about what they’re thinking while they have both feet on the floor; that’s another story entirely. Exit interviews and exit surveys are a good idea. They really are. But most of the time they amount to misplaced efforts, albeit well-intentioned. If you want feedback – the hard truths – then you have to go after it the right way.

There’s so much emotion that comes with a decision to leave an employer. For most, it’s not one taken lightly. We’re talking about livelihood here. Bridges burn. And they burn fast. No one wants to waste mental bandwidth throwing people, teams, organizations “under the bus” when there’s no longer any benefit in doing so. Even if they want to. Even if they really really really want to.

Exit surveys don’t have to be all about the bad stuff. But would we really be asking for feedback if we didn’t want to learn more about what we needed to fix? No. Surveys aren’t for ego-stroking. Or at least they shouldn’t be. Let’s figure out how to ask the questions so we get data that we can act on. Let’s stop worrying about what we’re going to hear, be adults about it, and get after it.

Man Really Letting No One Have It During Exit Interview

Keeping his voice at a measured volume and holding everything back, departing employee David Hughes was really letting no one have it during his exit interview Monday, sources at local accounting firm Grier and Associates confirmed. “As soon as he went in there, he started listing off supervisors and colleagues he had worked with over the years and saying only the briefest, most courteous things about each of them—he’s sparing everyone!” said office manager Teresa Ullman as she watched Hughes through the glass conference room window, noting that her coworker appeared hell-bent on making sure every one of the complaints and frustrations that had built up over the past eight years stayed bottled up inside. “Man, he just keeps hammering management with polite agreeableness toward its policies and expressions of gratitude at having worked here. Just look at that unanimated, placid look on his face—he’s laying into absolutely nothing about the company. I’ve never seen anything like it!” Sources later reported that Hughes could be seen standing up abruptly, pointing a finger directly at the company’s HR manager, and firmly stating his hope that she would be able to make it to his going-away party later.

We all know David. David is angry. He’s demoralized. He signed up for something that didn’t pan out. He put his life into your company and now he’s leaving. Something’s not right. Is it a fit problem? Was it performance or ability or desire? Was it a manager or a teammate? Was it a project that went south or was it just a matter of money? Was it all David’s fault? No one really knows. Because we asked David to bear his soul with all eyes on him. That’s not fair.

Exit surveys work if they are:

Don’t be afraid of what David has to say; be excited about what he has to share. Measuring, analyzing, and then acting on employee feedback is so very important. Mature organizations get this and they invest time, resources, and energy into capitalizing on it.

If you’d like to learn more about how our Workforce solution helps organizations turn exit experience data into operational excellence, please reach out…we’d love to talk!