Fears That Are Holding You Back From Doing Research

Tomorrow is Halloween, instead of talking about survey trick s or treats, I thought I’d delve a little deeper into the idea of FEAR.  Here’s a confession of mine — I don’t do nearly as much customer research as I know that I need to do because I’m afraid.  When I tell you what I’m afraid of — I’m willing to bet that you’ll see a lot of yourself and your company in there as well.  Let’s take a look. 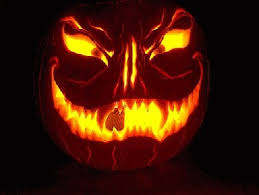 Fear of being criticized

Customer research can feel like a big risk because there is a good chance that you’re going to get negative feedback.  There are going to be those customers that are going to criticize what you do and how you do it and that is never fun to hear.  You’re committed to doing the best that you can and it can literally hurt your feelings — or de-motivate your team to hear that things didn’t go as planned.  I mean, just imagine how the tech team in charge of the Affordable Healthcare Act’s web site is feeling right now!

The best way to deal with this fear is to reframe your context.  Here’s what I mean.  Instead of starting your customer satisfaction survey expecting and hoping for great feedback, DECIDE that you are actually LOOKING for negative feedback.  In other words, when you see a low score come in, or a negative comment come in — you are going to be HAPPY instead of sad.

The reason for this is that negative comments — especially specific ones are actually a gift!  Here is someone actually telling you what you need to do that will improve their experience.  That is HUGE.  You would have to normally pay thousands of dollars or spend months and months GUESSING — instead, this person is telling you.  That is awesome!

Another helpful hint is to understand that complaints and negative comments come from an unmet or unfulfilled NEED that your customer has.  Don’t focus on the comment itself, ask yourself “What is the unmet need” for this person.

I had a client that was a financial services company.  They ran a customer satisfaction survey every six months with the specific intent of gathering NEGATIVE comments.  Our survey was actually designed to pull out these negative comments so that we could understand what customers really wanted.

The most common negative comment was — not having their own personal account representative.  We decided to dig into that and discovered that the unmet need was actually the customers’ desire to explain their issue ONLY once.  What was happening was that they would call in the morning, explain their issue to one rep, then for the next resolution step, they would get another rep and have to RETELL their story.  This took up more time and caused more confusion.  Once we understood the underlying customer need, the solution was simple; update the computer system and create small teams dedicated to specific clients.  BOOM!  Feedback scores in that area went up significantly!

Another fear that hides beneath the surface is the fear of having to make changes (you don’t want to make).  Let’s keep going with the example of the financial services company I just talked about.

I can assure you that they did NOT want to hire more people.  That would mean millions of dollars of extra expenses.  But that’s only if they read the feedback literally.  They chose not to do that.  They contacted customers and got to the root cause of their displeasure and realized that there was a more cost effective way to solve the problem and give customers exactly what they want.

Remember, you only need to understand what would improve your customers’ experience — you don’t have to do exactly what they say.  You have to give them the desired outcome.  In this case — it was to tell their story only once and to resolve their customer service issues as quickly as possible.

Fear of saying no to customers

This is a biggie!  If you do a survey and gather feedback from customers, there is a good chance that you are going to say NO to someone and that means that they might actually leave your company and go to a competitor.

This is a LIE.  If you stop and think about it — YOU are the one that made the cognitive leap that your customers will leave you if you don’t do everything they want you to do.  How many times have you been in a conversation with a customer and mentioned a product or service that you provided and had them look all surprised and say “Really?!  I didn’t know you had that!”  I know it’s hard to believe, but your company is not the center of their universe.  Most customers honestly don’t know and don’t keep track of everything that you do.  Because of that — they ask for things that you may or may not want to provide.

This is a great opportunity to clearly define your brand; what you will do and won’t do.  When you have customers consistently asking for something that you aren’t going to do or don’t currently do use this as an opportunity.  Take the time to evaluate their request.  You might even decide to pull a few customers together who had the same request and get more information from them.  You can use a Google Hangout and record the session – almost like a mini focus group.

Be sure to clarify that you are asking for a better understanding of their request and that you are NOT promising to implement their suggestions.  Once you clearly understand what they want and why they want it, you can evaluate this as a business decision.  Is it worth adding?  You can do some surveys to gage interest from other segments and then you can make your decision.

Don’t be afraid of saying no.  If you decide to NOT implement the suggestion, simply explain your reasons in a way that will help customers understand that they might lose some other more valuable benefit.