How to Get Over Wishful Thinking in Your Decision Making

Last week I attended a meeting where Dan Heath, co-author of Made to Stick and his latest book Decisive talked about how to improve our decision-making processes by using their fairly simple process. 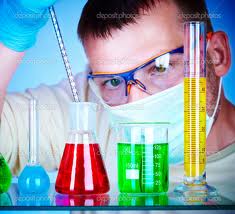 In my last article, I talked about the four major villains that get in the way of making good decisions and I also talked about the first step in the process – Widening Your Options.  In this first step, the critical element is to expand your thinking beyond the first thing that pops into your head.

Because emotion is a big part of our decisions, it’s critical to step away from the decision and get a reality check.    As an example, think about the American Idol auditions that they show at the beginning of each season.  How can people that suck actually think they are good?

When we want something to be true, we try to make it so — it’s a confirmation bias.  If you’re a singer and you want confirmation – so you ask friends, mom, etc.  who will say that you are right.

This confirmation bias is very destructive to so many decisions.  Dan Lovallo, a professor at the University of Sydney says that this may be the single biggest problem in decision making.  People are collecting data and literally cooking the books.  Data is not an inherent corrective.  More data doesn’t make decisions better – it makes it easier to make bad decisions because you can cherry pick the data to match the decision you’re trying to make.

How to counteract this tendency

When bosses make decisions they make decisions by Politics, Persuasion and PowerPoint – but experimentation, makes it real.  It escapes the confirmation bias – it forces you to go out into the world.  The answers are rarely in your head – they are out in the world.

How to experiment without losing your shirt

There was a time when the only way to get predictable data was to do research – either using focus groups or surveys.  But today, there are many creative ways to experiment and determine everything from whether there is a demand for your product or service or how to set the price for this product or service.

Now, this is probably going to freak some of you out.  I get that, but just consider it for a moment.  This is a strategy that I use to launch consistently successful online products and services — I create a sales page FIRST.

Yes, you read that right.  I create a sales page first and launch THAT.  This gets the idea out there and people put themselves on a list that says “I’m interested in more information – tell me when it’s launched”!  This is a terrific process for testing demand and getting early interest for a product.  These days, it’s the way books are sold as well as training courses and other information-based products. Don’t just scrinch your nose at the idea — think about how you can adapt this strategy to your product or service.

Another one of my favorite ways to test pricing is by posting the product up on eBay or Craig’s List.  I know, this is totally guerrilla, but it’s so effective.  I simply post a picture and description of the product — and see what price point works best.

Again, I know that these aren’t your traditional ways of testing and experimenting product launches or prices, but they are great examples of how you can collect data without waiting for responses.