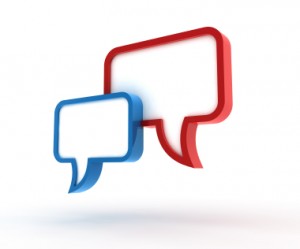 The phenomenon known as social media has swept the world and is here to stay. Even if you are not an active user in the social networking sphere, these realms can be extremely useful while publicizing your online survey.

As of February 2012, Facebook had 845 million users and Twitter boasted more than 127 million active users. With those kinds of statistics, it’s hard to ignore social media as a viable way to share survey information. QuestionPro makes it easy to reach into Facebook, Twitter and LinkedIn with its own social sharing options.

The average Facebook visit lasts 23 minutes – quite a long time to stay on a webpage. Facebook offers a self-service model for displaying ads. And the ads can be configured as invitations to take a survey. In addition, 47% of Facebook users report making between $50,000 – $99,000 annually.

One of the unique aspects of Facebook is its ability to allow you to target a very specific audience for your survey. Using traditional demographic models (age, gender, location, etc.), you can pinpoint your survey to the individuals you need while working with a truly random sample.

What About LinkedIn?
LinkedIn is another social networking site that is growing in popularity as well. The site has 150 million registered users with 75% of them using LinkedIn for business purposes. And businesses have been quick to tap into the networking component of LinkedIn; there are currently 2 million companies with a LinkedIn profile. LinkedIn users are intelligent with 50% of them having a bachelor’s or graduate degree.

QuestionPro provides a simple one-click solution to post your surveys on the social networking websites Facebook, Twitter and LinkedIn. Through our Social Media tab, we make it easy for you to post the link of your survey directly to your social media pages.

Do not miss an opportunity to promote your survey (and your company) through social media to attract consumers or customers. With nearly a billion worldwide users on social networking