Exit Polls- Definition and How to Use them with Examples

When it’s time to elect the right candidate, everyone is eager to learn which political party does individual support, reasons for this support and everything related to their opinion. There are multiple surveys being conducted via multiple mediums such as social media or email campaigns which ask citizens to opine about upcoming exit polls or topics closely related to exit polls.

Due to all this importance and criticality of exit polls, every loyal citizen of a country will be interested in knowing updates of the electoral contest with each passing second and these days, social media has also become a prominent platform for showcasing poll results.

Exit polls are very similar to any other polls except for the fact that they are exercised when people exit from the voting booth on election day to learn about the candidate they chose. These can be online polls or offline polls, both are conducted in an attempt to predict the official results. Since the exit polls are conducted only after people cast their votes, they are more reliable than opinion polls.

Since the answers of exit polls are almost confirmed, they are considered to be genuine sources to estimate the results of the elections. Exit polls can also impact the opinions of those who are still to vote since they are post-election polls, but in comparison to other poll methods such as opinion polls, the switch in opinions is not as drastic in exit polls.

Exit polls have consistently been reliable sources to gather demographic information of voters. Since voting is always anonymous, it becomes critical for electoral candidates to know who participated in the voting process – polls such as exit polls are the sole source to gather demographic details and other information such as reasons why the voter voted for a particular candidate.

There usually occur situations where the final results are significantly different than the results of exit polls. It happens in situations where there is a margin of error in the targeted population sample which leads to a bias in the results. This has to be identified so the required changes either in the considered population or the place where the polls are conducted can be made. 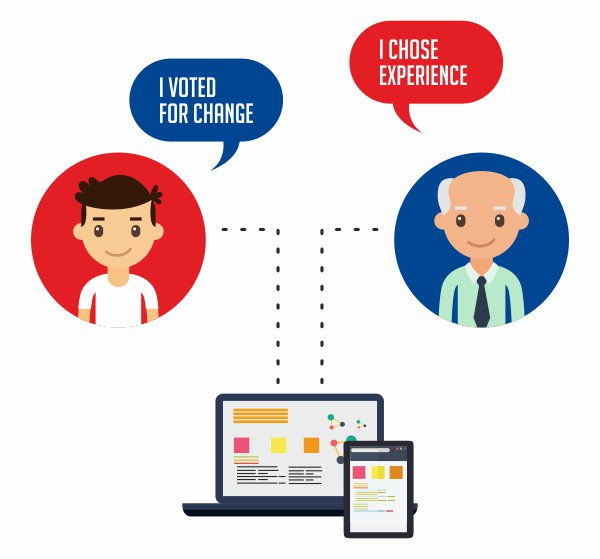 How do Exit Polls Work?

Exit polls are generally conducted by pollsters such as private organizations who work in association with newspapers or other broadcasters. A researcher needs to consider factors such as absent voters or voter’s who cast their vote at a different voting booth etc. to obtain accurate exit poll results.

The first step in exit polls is sample creation. A sample representative of the actual population should be formed and it should be further divided into smaller groups according to age, sex, other demographic details etc. There is always a scope of a considerably large margin of error on the basis of sample formation which needs to be reduced as much as possible by the researcher.

A pollster must conduct exit polls with each and every person who visits the polling location. In case there is a skewed collection of exit poll data, the results will be extremely biased. There are instances where a university student is expected to conduct polls in a location with senior citizens in majority and university students in minority, it is highly possible that the results will be inaccurate. Also, there are cases where people refuse to participate in exit polls due to unforeseen reasons. A researcher should consider all the aspects before conducting a post an election poll.

There are two critical stages of Exit Polls:

There are exit polls being conducted by field lifters who filter a certain number of people to observe the trend in the elections. To respect an individual’s privacy, these polls should not involve questions related to their name and why did they vote for a particular candidate.

USE THIS FREE TEMPLATE