What is Customer Effort Score?

Customer Effort Score (CES) is a survey metric used to measure the level of customer satisfaction using a single question with a view to induce customer loyalty by reducing customer efforts. 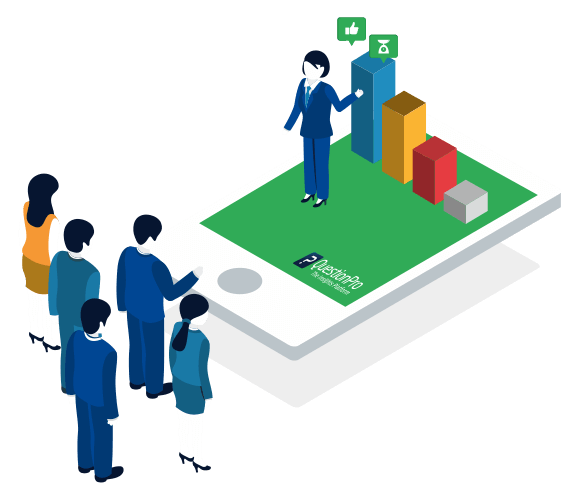 What is Customer Effort Score?

Customer Effort Score (CES) is a survey metric used to measure the level of customer satisfaction using a single question with a view to induce customer loyalty by reducing customer efforts. The basic motive of a CES survey is to measure the ease of a service experience with a company.

CES was founded by the Corporate Executive Board using a simple, cross-sectional research approach without the benefit of actual measures of customer behavior in the research model. An extended review of their findings can be found in their book, The Effortless Experience. The research focused on factors affecting customer attitudes in a customer service environment, particularly the one with some problem that needed to be addressed. The level of effort the customer had to expend proved to be the key factor determining a customer’s likely future purchasing and word-of-mouth behaviors, as measured on the survey.

The attention that CES is gaining these days is tremendous and the need to understand customers better is also on a rise. Here is an example showing how exactly CES works and what kind of questions are to be asked to understand whether the customer is satisfied or not.

Collecting all the feedbacks received for the Customer Effort Score question, if your organization has a high average, it is indicative of the fact that your company is making things convenient for the customers while a low average is indicative of the fact that there's a lot of room for improvement of customer satisfaction. An organization that has constant hindrances in keeping their customers satisfied in terms of service should use CES and it’s applicable to all the process across the organization.

Due to this, you can plan actions that would mend your services. The Kano Model from Japanese quality guru presents exactly this relationship. Some expected deliverables, like low customer effort, drive satisfaction while other factors drive delight and loyalty.

CES is clearly an attribute of a specific transaction a customer has with a company. Thus, its proper use is on transactional surveys following some customer interaction. Further, the nature of the survey question is geared towards problem handling in a self-service environment.

CES and NPS are correlative tools with their own set of advantages and disadvantages. While CES is more service driven, NPS is more business driven. They both ask different sets of questions that are more or less complementary to one another.

NPS depicts the likelihood of recommendation. "How likely are you to recommend Company X to a friend or colleague?". It is usually used to show brand shareability and loyalty. This is where Customer Effort Score comes in.

CES measures the factor of ease of handling customer issues which can be more insightful to the customer management teams to control and amend customer satisfaction. NPS will give you an idea whether the customers will recommend your products to their friends and colleagues but a customer can easily get attracted to competitors and so, NPS doesn't reflect loyalty.

CES shows how loyal the customer can be as it asks them to rate the difficulty they faced with your services, lower the difficulty, better it will be for brand loyalty. High difficulty levels indicate that you need to make changes in the way you operate and make customer satisfaction your priority.

All successful companies are constantly benchmarking their competition. They have to know what they have to match up with day-in and day-out if their company is going to be successful. -James Dunn

According to research done by CEB Global, the overall benchmarks of CES 2.0 is below:

If your CES percentage is under 70%, you may want to focus on pinpointing and removing obstacles that your customers are facing.

Using Competitive Landscape as Your Benchmark

"Competition is always a good thing. It forces us to do our best. A monopoly renders people complacent and satisfied with mediocrity." Nancy Pearcey

Airlines, for example, bring more delight to customers than banks, thus they tend to have a higher NPS. Because of that nature, it would not be helpful to compare a department store to an insurance company.

You certainly can compare your metric across global standards, but it is critical to note that scores will vary across geographic markets. If you have ever compared NPS in the US and Europe, you probably know the cultural and demographic differences when rating a company’s performance.

For example, European customers are more conservative with rating a company’s performance, making them less likely to rate you a 9 or 10. In other regions, you may find customers using the lower end and higher end of the scale, but skipping in between. Because of these differences, the absolute Net Promoter scores in one industry can vary dramatically. This is another reason why a good Net Promoter Score is subjective.

Comparing Your Metric Against Your Own

Since your metric is nothing but a vanity number on its own, it is impossible to give you a single number that represents a good Net Promoter Score, especially when you are starting out. The best way to find out if your number is "good", is the one that’s better than your own scores in the past — your most important benchmark.

The best way to start measuring progress would be to compare your NPS against your score over the last quarter or six months. If you are noticing an increase of at least 10%, you are heading in the right direction and progressing toward building a successful business driven by organic growth. On the other hand, if you notice a significant decrease in NPS, this indicates that there is something wrong and you must quickly identify to discover the cause and take appropriate measures.

Instead of asking "What is a good score?", focus first on understanding the drivers of the metric and how to improve it on a daily to produce long-term customer satisfaction. Remember, a good Net Promoter Score by itself is not a quantifiable metric to grow, rather your main goal should always be to listen, analyze, and act on your customer feedback.