What are web surveys – Definition, Methods & Types with Examples 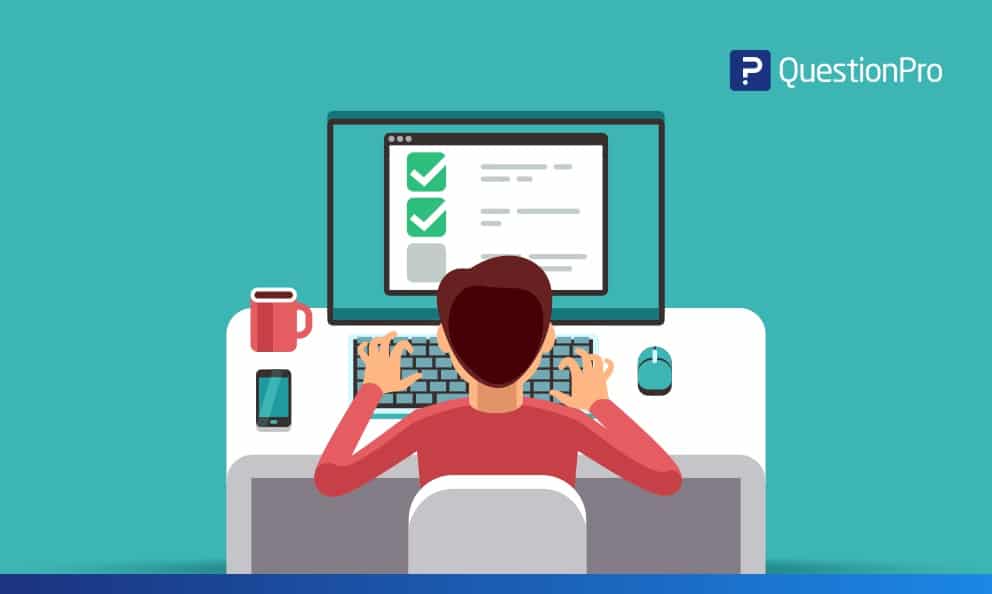 Web surveys or internet surveys are defined as a data collection method where surveys or questionnaires are sent over the internet to a sample of respondents and they can respond to this survey over the world wide web. Respondents can be sent web surveys via various mediums such as email, embedded over the website, social media, etc. In web surveys, respondents answer the questionnaire with the help of a web browser and the survey responses are stored in web-based databases.

An example of an online web survey is a retail giant wanting to conduct a market research study about the purchasing habits of its customers. In this case, the customers can receive an email from the retail organization asking them to complete the survey. Other survey distribution methods can include SMS surveys, website embed, social media, etc.

Organizations implement web surveys with the help of an efficient web survey software in order to gain insights and feedback about upcoming products or services, change in marketing strategies, enhancement in current features, etc. With the progress made by the internet, more and more organizations depend on the data received and analyzed from web surveys to make integral changes in their functioning.

The primary reason for the growth seen in the implementation of web survey is that they are extremely low cost and conducting a web survey is convenient due to the sheer magnitude of reach. Over the past decade, researchers have started preferring conducting surveys using online sources as they can send out surveys from the desktops or laptops and their target audience can respond to these surveys whenever possible. These surveys also allow the use of multimedia data collection, advanced features such as survey skip logic & branching among others.

There are four distinct characteristics of web surveys:

Some of the most common methods of distributing web surveys with examples are as below:

The most effective way of collecting the maximum number of responses from a web survey is to use a mix of all the above methods depending on the demographics of the sample of respondents.

The success of any research is highly dependent on the web survey tool that is used for conducting the research.