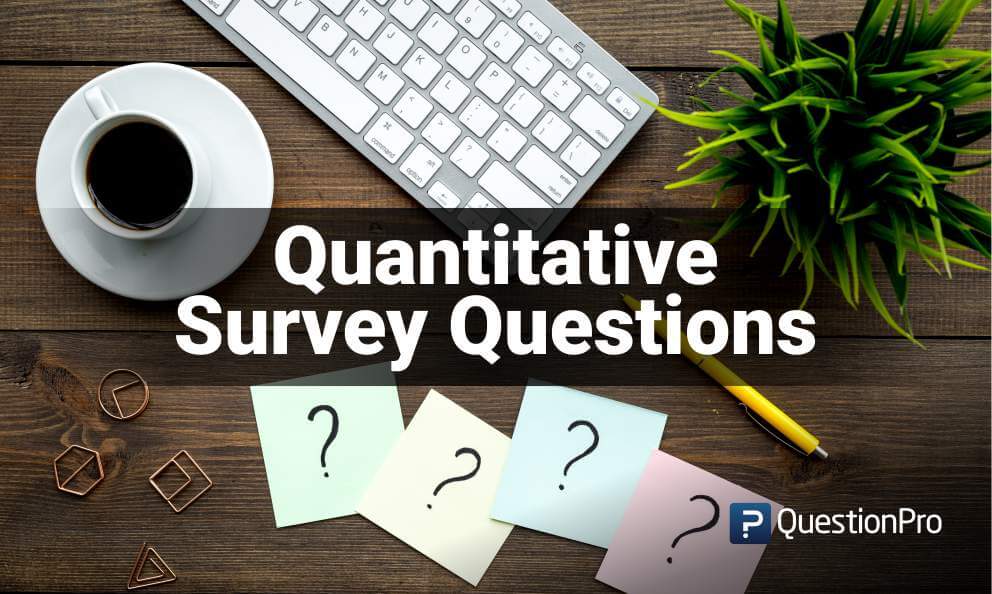 The primary stage before conducting an online survey will be to decide the objective of the survey. Every research should have an answer to this integral question: “What are the expected results of your survey?”. Once the answer to this question is figured out, the secondary stage will be deciding the type of required data: quantitative or qualitative data.

Deciding the data type indicates the type of information required from the research process. While qualitative data provides detailed information about the subject, quantitative data will provide effective and precise information.

1. Descriptive Survey Questions: Descriptive survey questions are used to gain information about a variable or multiple variables to associate a quantity to the variable.

It is the simplest type of quantitative survey questions and helps researchers in quantifying the variables by surveying a large sample of their target market.

Other examples of descriptive survey questions are:

3. Relationship Survey Questions: Relationship survey questions are used to understand the association, trends and causal relationship between two or more variables. When discussing research topics, the term relationship/causal survey questions should be carefully used since it is a widely used type of research design, i.e., experimental research – where the cause and effect between two or more variables. These questions start with “What is the relationship” [between or amongst] followed by a string of independent [gender or ethnicity] and dependent variables [career, political beliefs etc.]?

Learn more: What is Research?

How to design Quantitative Survey Questions

There are four critical steps to follow while designing quantitative survey questions:

This structure indicates – 1) Variables 2) Groups and 3) Order in which the variables and groups should appear in the question.

4. Note the roadblocks you are trying to solve in order to create a thorough survey question: Analyze the ease of reading these questions once the right structure is in place. Will the respondents be able to easily understand the questions? – Ensure this factor before finalizing the quantitative survey questions.